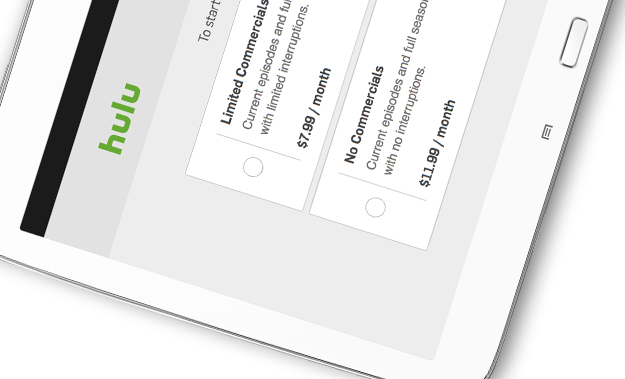 Remember that rumor that said Hulu may soon charge extra for a feature that Netflix users get for free? Well, it turns out it was true. The company confirmed it’s going to match Netflix’s video-streaming experience for the right price.

Hulu announced on Wednesday that it’s finally removing advertisements for subscribers, as long as they’re willing to pay $4 more each month.

Instead of $7.99, which is what the current subscription model costs, Hulu is now proposing an $11.99 tier that has no commercial breaks.

Comparatively, that’s more expensive than what Netflix subscribers have to pay for a commercial-free streaming experience.

“At Hulu, we pride ourselves on listening to our customers and giving them the best possible experience,” Hulu CEO Mike Hopkins said. “Many of our customers have asked us for a commercial free option, and so today we are excited to introduce just that. Providing more choice for consumers is fundamental to the Hulu experience, in addition to an array of choices in content and devices, our customers can now choose to watch with or without commercials.”

Additionally, Hulu is working on original content, including 11/22/63, Difficult People, Casual, The Way, and the fourth season of The Mindy Project.