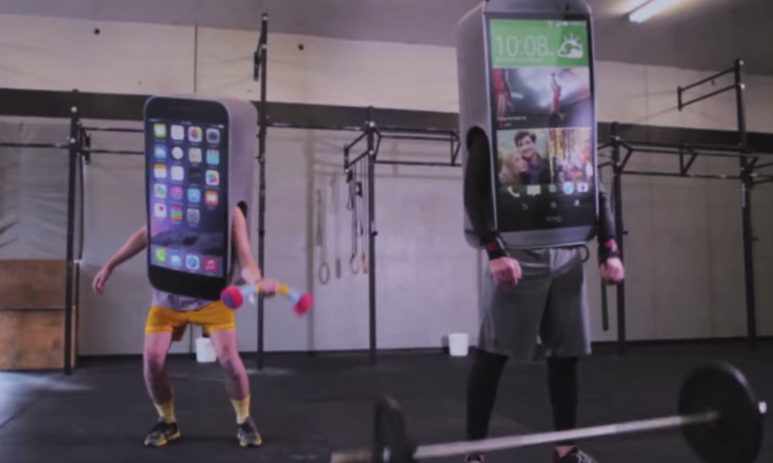 For the past few years, we’ve been both wowed by the quality of HTC’s phones and stunned by some of the questionable decisions it’s made with its marketing. If a new music video posted on HTC’s YouTube account last week is any indication, the company’s marketing strategy will be just as baffling in 2015 as it was over the past two years.

Rapper Doc G of classic rap duo PM Dawn has dropped a new track called “Hold The Crown” (Get it? Because the letters starting each word spell HTC?) that is truly ridiculous even by standards of hip-hop product placement jams.

“More than a few clowns know what we originated, we own the universe, your Galaxy is overrated,” raps Doc G, who is apparently an HTC “superfan” in real life. “It took you copycats six times to get it right, my One (M8) is far too great, you’ll never touch its light.”

If the lyrics themselves weren’t goofy enough, the video also shows a man dressed up in a giant HTC One (M8) costume who proceeds to push around people dressed in just iPhone and Samsung Galaxy costumes.

The one nice thing we can say about this video is that it’s not a flat-out disaster as past HTC marketing efforts such as its huge failed bet on Robert Downey Jr. or its decision to make “Ask the Internet” its top marketing slogan for the One (M8) last year. In fact, we’d go so far to say that this is HTC’s best marketing effort we’ve seen in a long time (take that for what you will).