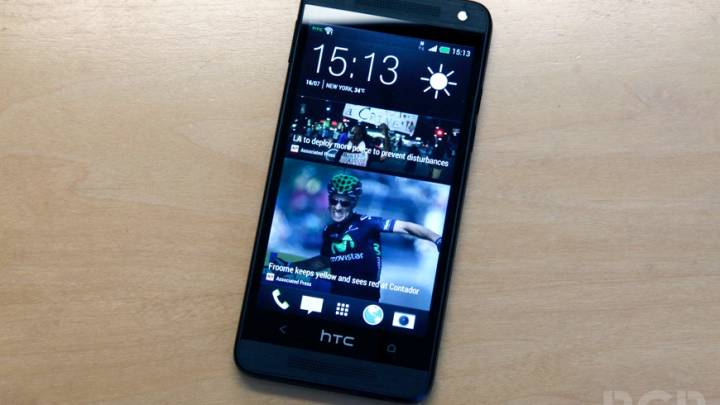 The smaller, cheaper version of HTC’s flagship smartphone now has a home at Ma Bell. AT&T announced on Monday that it will start selling the HTC One mini on August 23rd for $99.99 with a two-year service agreement. The HTC One mini features a 4.3-inch 720p HD display, a dual-core 1.4GHz Snapdragon 400 processor, 4G LTE, 16GB of internal storage, 1GB of RAM, an 1,800 mAh battery and Android 4.2.2 Jelly Bean. The device also comes with a lot of the key features that the HTC One has, including the BlinkFeed user interface, HTC’s Zoe camera technology and BoomSound speakers. AT&T’s press release follows below.

AT&T to Launch HTC One Mini

Dallas, Texas, August 19, 2013 — AT&T announced today its plans to launch the HTC One mini, a compact version of the award-winning HTC One. The HTC One mini shares the iconic design and must-have features of the HTC One and will be available exclusively from AT&T beginning August 23 for $99.99 with a two-year agreement.  To see the HTC One mini in action, check out this video.

“Our customers loved the HTC One, so we are excited to offer this slimmer, more compact version,” said Jeff Bradley, senior vice president – Devices, AT&T.  “We’re proud to continue to offer our customers so many choices with a broad smartphone portfolio all on the nation’s fastest and most reliable 4G LTE network.”

Jason Mackenzie, President of North America, HTC, said “The HTC One mini is pocket-friendly but packed with large experiences – an HD screen, our breakthrough UltraPixel camera, a home screen with customized feeds from news networks to social networks including Instagram, and huge sound from its front-facing stereo speakers.”

The HTC One mini packs all the great features you love about HTC One including: