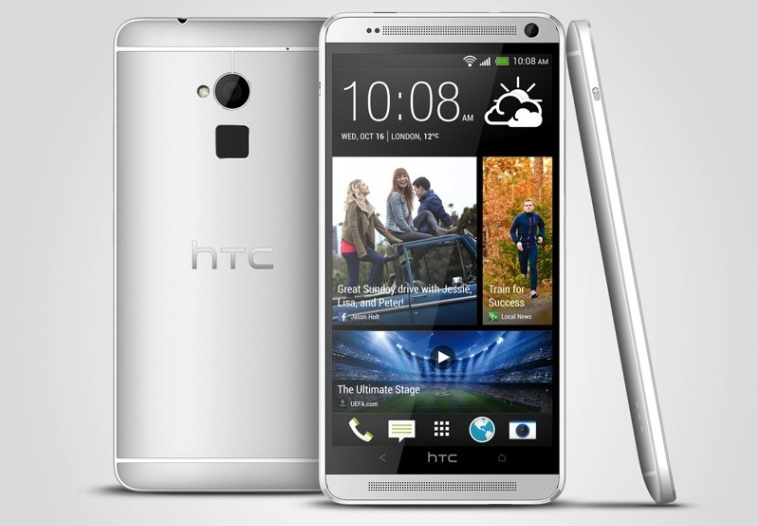 Bigger is better in the smartphone market these days and while HTC is very late to game in the supersized phablet category, its first offering appears to be a relatively strong one. The company’s HTC One max smartphone features a 5.9-inch 1080p full HD display, a 1.7GHz quad-core Snapdragon 600 processor, an UltraPixel rear camera, 32GB of internal storage, 2GB of RAM, a 3,300 mAh battery and Android 4.3 Jelly Bean under HTC’s new Sense 5.5 software. And according to slip-ups from both Sprint and Best Buy, it looks like the phone will debut this Friday, November 15th. HTC has yet to make any announcements but with both a major carrier and the nation’s top retailer both pointing to the same date, we can likely expect one to come very shortly.

UPDATE: The HTC One max for Sprint is now official. BGR received the following note via email from a Sprint spokesperson:

Just in time for the holidays, Sprint will launch HTC One max this Friday, Nov. 15 for $249.99 with a new line or eligible upgrade and two-year service agreement or $25.00 per month with Sprint One Up (excluding taxes). The device will be available in all Sprint sales channels, including Sprint Stores, Sprint Business Sales, Telesales (1-800-SPRINT1) and Web Sales.

A larger version of the popular and award winning, HTC One, the HTC One max has a 5.9” full HD1080p display, UltraPixel camera, large 3300mAh embedded battery and quad-core Qualcomm® Snapdragon™ 600 processor featuring a 1.7GHz CPU enabling jaw-dropping performance, ultra vivid videos and booming sound. HTC One max is also equipped with the unique features users have come to love such as HTC BlinkFeed™, HTC BoomSound™ and HTC Zoe™.