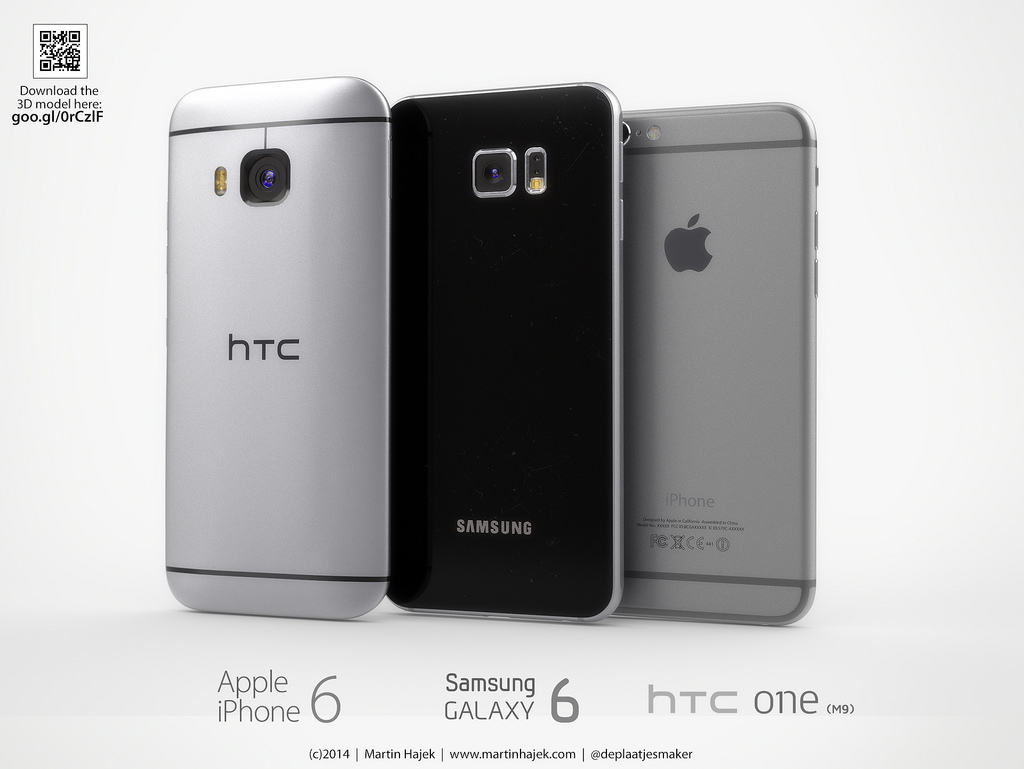 Without a doubt, the hottest Android devices of the beginning of 2015 are the Galaxy S6 and the HTC One M9, and both devices that should be launched at the upcoming Mobile World Congress show in Barcelona, Spain. The handsets have appeared in countless leaks so far, with multiple sources revealing images as well as hardware and software details for Samsung’s and HTC’s upcoming flagships.

Now, designer Marin Hajek, who has a habit of releasing gorgeous renders of unannounced devices based on existing leaks, has published a new set of images that show how the HTC One M9, Galaxy S6 and iPhone 6 should measure up against one another.

Obviously, these three devices will be the most important handsets in stores in the months to come, at least for smartphone buyers looking for flagship devices. And these smartphone shoppers would inevitably end up comparing them from all angles.

Hajek’s beautiful renders show the differences and similarities between these three awesome smartphones — check out the gallery below and follow the source link for even more pictures.