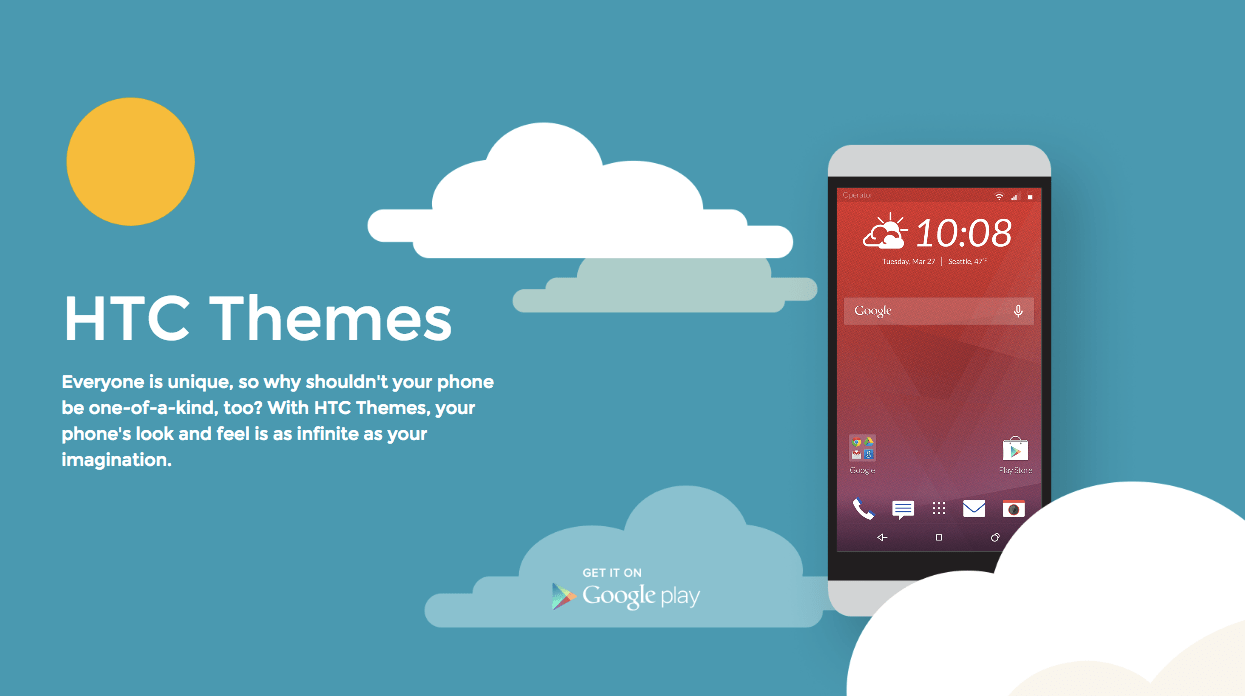 There are plenty of great features included in the HTC One M9 that will make it a competitive device throughout 2015, but one of my personal favorites doesn’t even require you to own the phone. Alongside the launch of the One M9, HTC has revealed the HTC Themes website, which allows users to design custom themes, wallpapers and ringtones for their phones.

RELATED: The best (and worst) thing about the HTC One M9

It’s a surprisingly deep website, allowing users to upload their own images to use as background wallpapers for the lock screen, the home screen, the app screen and the Messages app. You can even change the image that appears when you place a Dot View case over your display.

If you don’t like the standard icons, there are plenty of variations to choose from within the Theme Maker, but if you prefer, you could just create and upload your own. The same is true for ringtones, notifications and alarms — HTC says that “almost any audio file” is supported.

If you’re thinking about picking up an HTC One M9, it might be worth messing around with the Theme Maker to see just how unique you can make your phone. Then when it launches in April, you can use the HTC Themes app to start customizing straight from your phone.