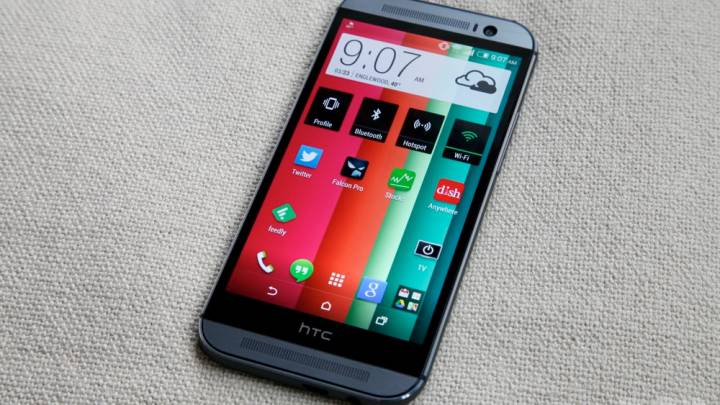 HTC starts off strong saying that “metal beats plastic,” an argument it made during the announcement of the One (M8) as well. “While Samsung was content to stick with a plastic body for their phone, we pushed ourselves further with even more metal on the M8. It delivers a stunning design built to fit your hand and inspire the envy of others,” the document reads.

The company is also insisting that the HTC One (M8) is better at one-handed use than the Galaxy S5 because it supports a variety of gestures, while also highlighting the phone’s speaker and camera functionality.

Finally, HTC reminds sales reps and customers that it will offer a free screen replacement for the HTC One, as long as the screen is cracked in the first six months after purchase. The document has a second page that lists several other HTC One (M8) software features.

Interestingly, the materials also focus on the same marketing message from its first HTC One (M8) TV ad campaign – “Just ask the internet” – featuring quotes from several reviews, including BGR’s take on the handset. “The HTC One (M8) is the best Android phone the world has ever seen. Period. Full Stop,” BGR’s Zach Epstein wrote in an extensive review of the smartphone.

The leaked HTC document follows below.