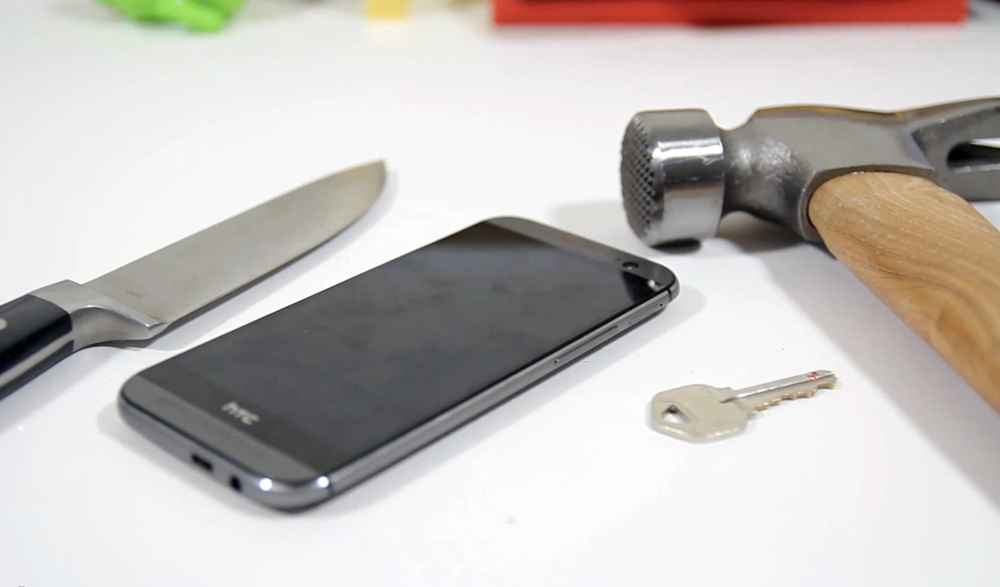 HTC’s new One (M8) is true diamond in the rough. We said as much in our full HTC One (M8) review on Tuesday. So who in their right mind would subject this gorgeous new smartphone to a battery of torturous tests such as slamming it on the concrete ground or bashing it with a hammer? Crazy bloggers, that’s who.

While most of the technology press was busy checking out HTC’s brand new flagship smartphone in various normal ways on Tuesday, a handful of video bloggers took things in a different direction. In a series of videos, they decided to see whether or not HTC’s new metal hero phone can take a beating.

We already covered a video showing the new HTC One (M8) being dunked in water for an extended period of time. Spoiler alert: While HTC made no mention of water resistance during its press conference on Tuesday, the phone emerged unscathed after being submerged for several minutes.

Now, video blogger TechSmartt has taken things a step — or perhaps a leap — further with a series of durability tests that include dropping the HTC One (M8) on hard pavement, scratching it with a knife and a key, and even bashing it with a hammer.

How did the HTC One (M8) withstand the beatings? Two TechSmartt videos are embedded below, as is the earlier water submersion test we mentioned.