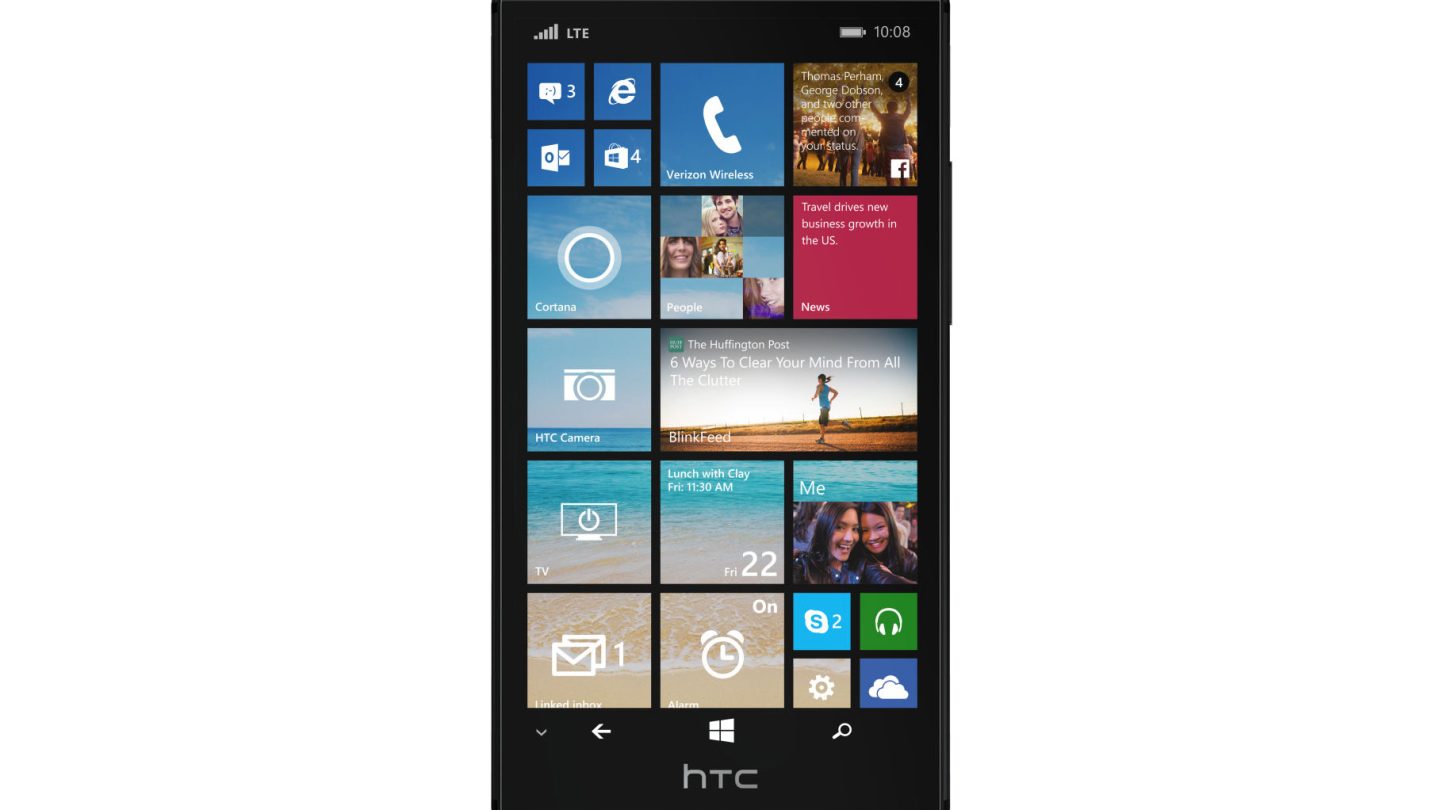 Rumors have been circulating regarding a Windows Phone variant of the HTC One (M8) for months, but a picture on Verizon’s servers seems to have confirmed the existence of the phone once and for all. Leaked to PCMag, the high quality rendering clearly shows an HTC One (M8) with the iconic Live Tiles of Windows Phone on the display. The URL even reads “HTC_M8_Windows.”

With an HTC press event scheduled for August 19th in New York, it was unlikely that we were going to have to wait long for the official unveiling of the phone, but Verizon couldn’t keep this cat in the bag. According to Windows Phone Central’s sources, the One (M8) for Windows (as documents have referred to it) will launch on August 21st, just two days after the event. The phone is expected to cost $199 on-contract.

As for specifications, the Windows-based (M8) will run on Windows Phone 8.1 Update 1, but should otherwise be identical to the Android model, from the Boomsound speakers to the 5-inch Full HD display. No word yet on whether or not the device will come to any carriers other than Verizon, but there hasn’t been any indication from any other carriers up to this point.

Hopefully we’ll find out where we can get the One (M8) for Windows on August 19th.