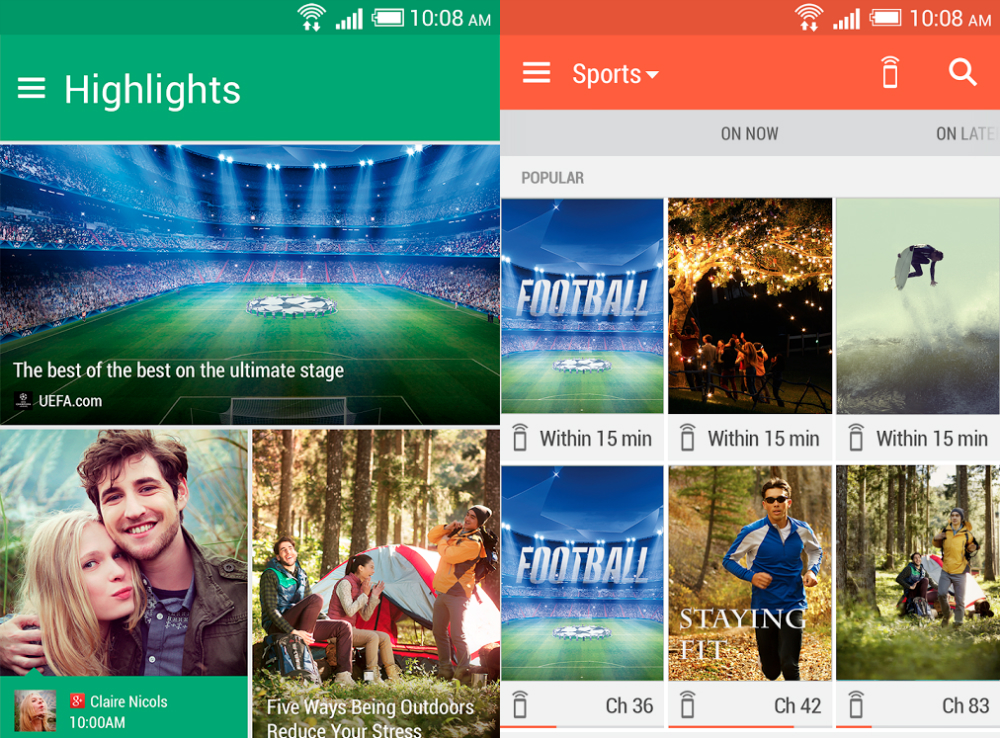 Ahead of the anticipated HTC One (M8) announcement, the Taiwanese company has revealed additional details about the handset, on top of everything that’s already known about the device from numerous reports and leaks preceding the event. HTC has published two apps on the Google Play Store, including the BlinkFeed and Service Pack apps, which do more than show the user interface of the upcoming smartphone – they reveal that HTC may be interested in updating these Sense apps using the Google Play Store instead of baking the updates into future Android firmwares, which may speed up actual Android OS updates for HTC handsets.

The apps can’t be downloaded for last year’s HTC One (M7) model, or at least HTC is preventing downloads for the time being. However, the apps show screenshots that match previous leaks, with HTC revealing more details about these apps in their descriptions.

“Read more of what you love without having to look for it. You can now get all your social feeds, calendar events, news, music and content arranged and constantly updated in one place,” HTC writes. “BlinkFeed removes the need to open multiple apps. And for those with no data plan, the Offline Reading feature lets you update feeds with Wi-Fi, and then save them to read later.”

“The HTC Service Pack is a support service update that combines previously released updates and helps make your HTC experience more reliable. Service packs are provided free of charge. Make sure you install the latest service pack to help keep your HTC experiences up to date,” HTC said in the app’s description field.

HTC will unveil the all new HTC One on Tuesday, at which point it will most likely share more details about its newly listed Google Play apps as well.