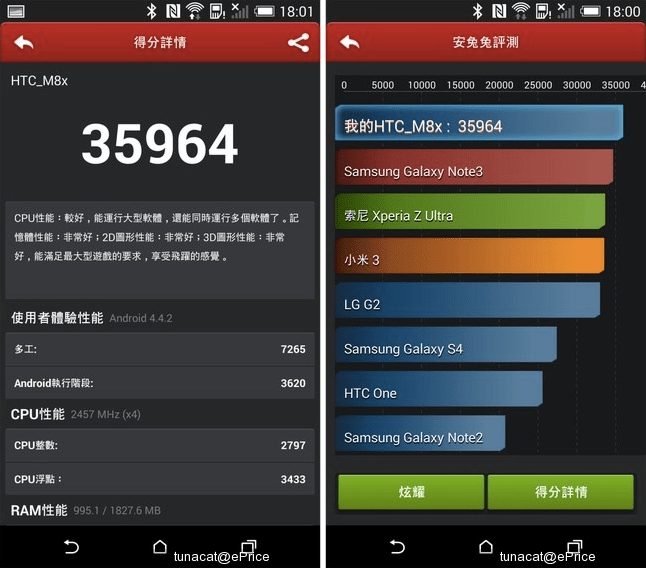 When BGR reviewed the brand new HTC One (M8) on Tuesday, we noted that its performance somehow managed to match its gorgeous design fairly closely. AnTuTu benchmark tests we ran during the review process yielded a top score of 30,921, which was bested only by three widely available smartphones in the world. As we also noted in our review, the HTC One (M8) version available in Asia is powered by a quad-core Snapdragon 801 processor clocked at 2.5GHz instead of 2.3GHz, as it is elsewhere. And as it turns out, that extra oomph makes all the difference in the world.

On the U.S. version of the HTC One (M8), HTC chose to strike a balance that would optimize battery life without having too much of a negative impact on performance. As far as we’re concerned, the company did a great job. In the Asian region, however, performance was prioritized and the results are clear.

The 2.5GHz HTC One (M8) is the most powerful smartphone on the planet.

As a BGR reader brought to our attention on Wednesday, Taiwanese blog ePrice ran several performance tests on the new HTC One shortly after it was announced. In Taiwan, of course, the blog had access to the 2.5GHz version of the one, and the results were conclusive: HTC’s new hero phone bested all other mass-market rivals.

AnTuTu test results can be seen above, and results from other tests below paint a similar picture.