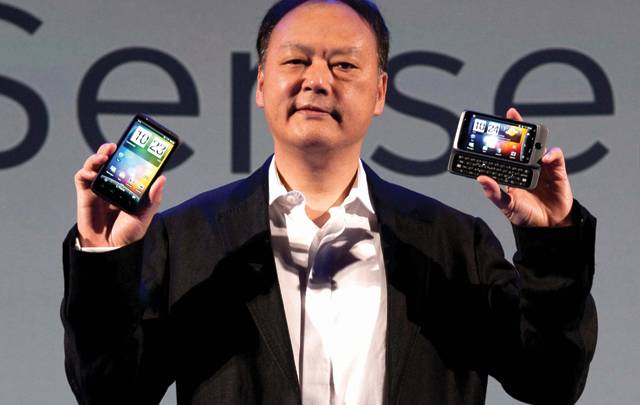 An extensive Bloomberg article published on late Wednesday afternoon examined the likelihood of HTC getting bought by ZTE, Huawei or Lenovo. According to recent speculation, Lenovo is now apparently expected to gobble up BlackBerry, Nokia and HTC, though perhaps not in that order. HTC’s market cap has shrunk by 88% from its peak and the company is now valued at less than half of its annual sales, so it definitely is a lot cheaper than it used to be.

The problem with the takeover scenario is that if the prospective buyers believe that HTC will be even cheaper in a couple of months, they will be tempted to wait for that deeper bargain. In the meanwhile, HTC’s global market share will shrink and its brand value will erode. The former Android champion now has less than 3% of the global smartphone market.

The Bloomberg article has a string of glowing accolades about HTC’s phone quality, mostly from analysts who had a strong Buy rating for the stock when it was trading at 10 times its current share price. But unusually, HTC’s stock was trading down -1.3% in Taiwan a few hours after the Bloomberg article was published. Usually, merger speculation published by leading financial news sources leads to at least a short-term bounce for the company in question, as happened recently to Nokia and BlackBerry. But HTC did not receive a Bloomberg bounce. It continued its recent losing streak on Thursday morning.

The reason for this may be the commonly held view that HTC leadership is absolutely convinced that the company is undervalued and would never sell at the current valuation or even a 30-40% premium. The company is still full of true believers who think that consumers simply misunderstand the HTC brand and once they finally comprehend the excellence of HTC smartphones, everything will change.

This kind of siege mentality is common in failing companies and was typical to Nokia in 2010 and BlackBerry in 2012. It will likely prevent the sale of HTC until the company is in a crisis of such magnitude that the diehard believers are finally shocked into their senses. Unfortunately, at that point the sale will be a very tricky maneuver to pull off.