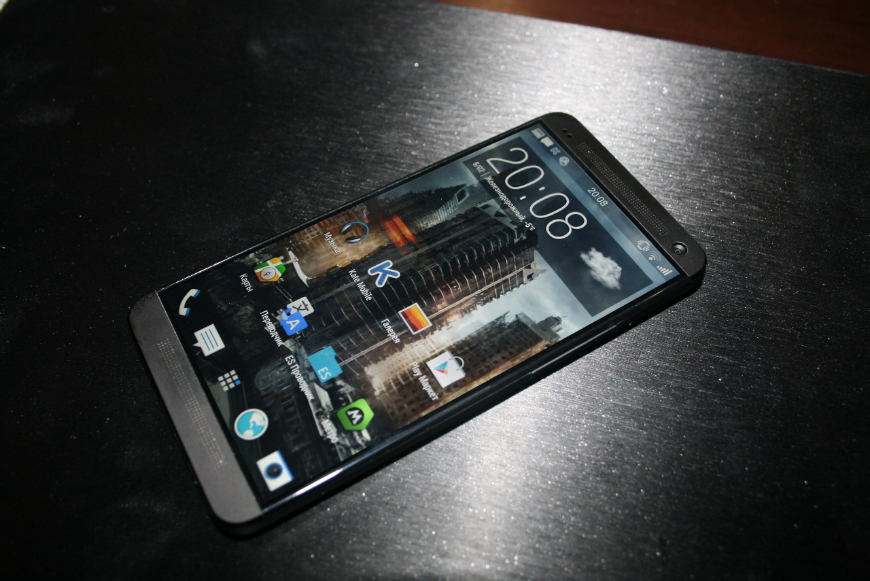 Following a series of leaks last week, new photos may reveal even more details surrounding the upcoming “HTC M8,” the code-name for the follow-up to last year’s flagship HTC One smartphone. On Friday we saw a leaked screenshot that reveals HTC’s new BlinkFeed interface, and now Nowhereelse.fr has dug up a few new photos posted to Chinese micro-blogging site Weibo that seemingly show an M8 powered on. The images, which have since been deleted from Weibo, show several changes to the device compared to HTC’s 2013 flagship phone, including on-screen navigation buttons that replace the physical capacitive buttons from the HTC One, and dual cameras that could point to 3D photo and video capture capabilities on HTC’s 2014 hero phone.

BGR called the HTC One the best-designed smartphone of the year in 2013, and it may indeed be getting even better in 2014 if this new round of leaks pans out. The question, however, is weather or not the new features will be a big enough draw to increase sales — especially considering the fact that Samsung will be launching its hotly anticipated Galaxy S5 much sooner than expected. HTC’s flagship phone struggled against the Galaxy S4 and iPhone in 2013, and there are no signs that Samsung and Apple will begin to slow down this year.

A few leaked images of what is claimed to be the HTC M8 follow below and more can be found in Nowhereelse.fr’s post, which is linked below in our source section.