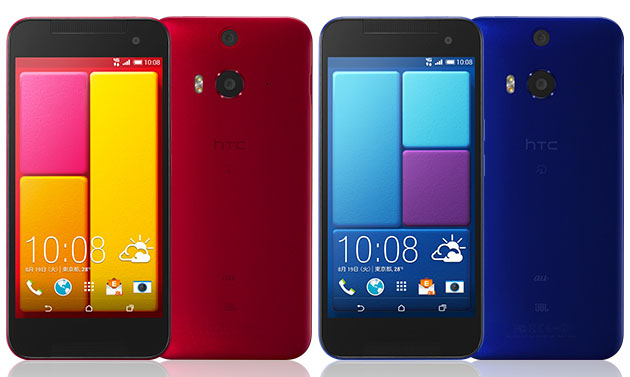 There’s a hot new HTC smartphone on the market, although you won’t be able to get it unless you live in Japan. Japanese carrier KDDI on Thursday revealed that it will start selling the new HTC J Butterfly starting in late August, and from the looks of it, it seems HTC has done its best to fix two of the biggest flaws with its flagship HTC One (M8).

In the first place, the J Butterfly now has a 13-megapixel and a 2-megapixel rear-facing “duo camera” as well as a 5-megapixel front-facing camera, which should help improve the camera quality that we found sorely lacking in our review of the One (M8). Second, the J Butterfly will feature a waterproof case, which should hopefully put it on par with Samsung’s Galaxy S5 in terms of surviving assorted water torture tests.

Other specs for the new device include a 5-inch full HD display, a Qualcomm Snapdragon 801 processor, a 2,700mAh battery and 32GB of storage. Although the device is only available in Japan for the moment, we should recall the the original HTC Butterfly did make it over to the U.S. in the form of the Droid DNA exclusive smartphone for Verizon, so it’s not out of the question whether the J Butterfly could be released here as well.