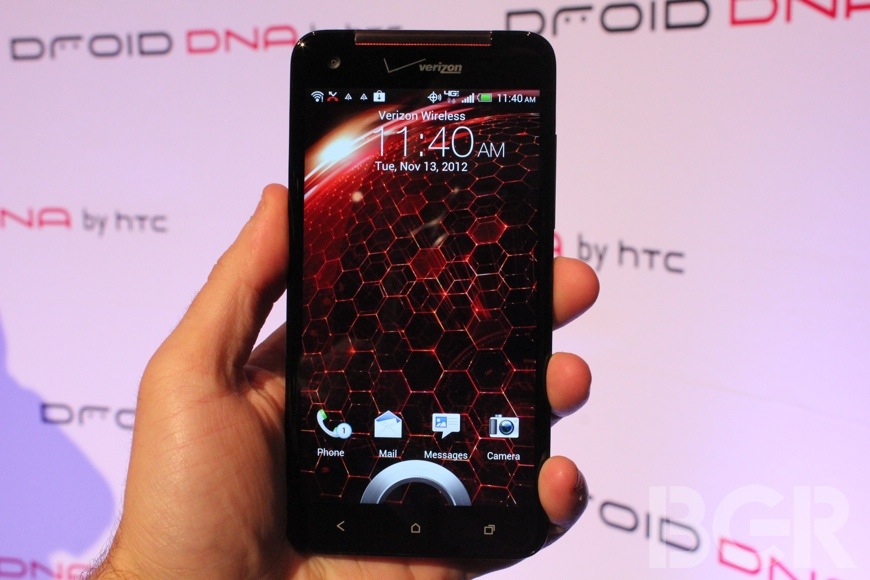 I’ve been an Android fan for years now, but the latest crop of Android smartphones released this fall had left me feeling decidedly underwhelmed. It seemed as though every single big-name Android device to get released over the past couple of months has had some serious flaw that has kept me from taking the plunge. Motorola’s Droid RAZR M looks like a terrific device, but I really have my heart set on having a quad-core processor and the RAZR M only has a dual-core. The Nexus 4 seemed like it would be the clear choice until I discovered that it lacked LTE connectivity. As for Samsung’s (005930) Galaxy Note II, well, it’s just too big. I know, lots of people like phablets, but they just aren’t for me.

But with HTC’s (2498) new DROID DNA, and it looks like I may have finally found a phone that, Goldilocks-style, does everything juuuuust right. Keep in mind it will be impossible for me to make a definitive judgement on the device until I actually use it myself, but BGR’s hands-on preview of the phone made me very optimistic. Why, you ask? A few reasons:

As I said before, I won’t know for certain if the DROID DNA is right for me until I try it out for myself. But all the early indications are that this device could finally give me the satisfaction that countless other Android phones released this fall have failed to deliver.