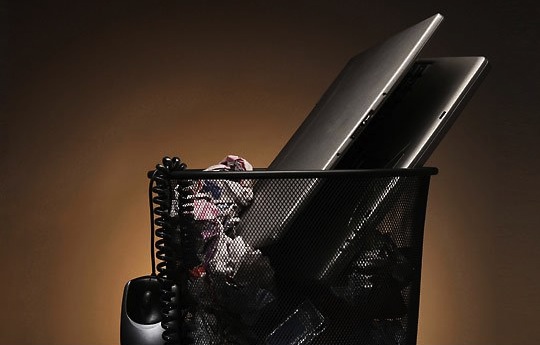 Breaking news: the PC industry isn’t doing very well. Unnamed sources have told Digitimes that HP (HPQ) and Lenovo (0992), which happen to be the PC industry’s two largest vendors, “are expected to see their notebook shipments drop about 20% sequentially in the first quarter of 2013, higher than an average 10% decline anticipated for the industry.” Overall, Digitimes‘ sources say that HP will ship around 6.5 million notebooks on the quarter, a significant drop from the 8 million notebooks shipped in the previous quarter, while Lenovo will see its shipments fall to around 5.2 million units this quarter from over 6.5 million in the previous quarter. But all is not doom and gloom for the industry this year: Digitimes‘ sources also said that “demand for notebooks in the end market is expected to return to normal in March before staging a substantial pick-up in April.”