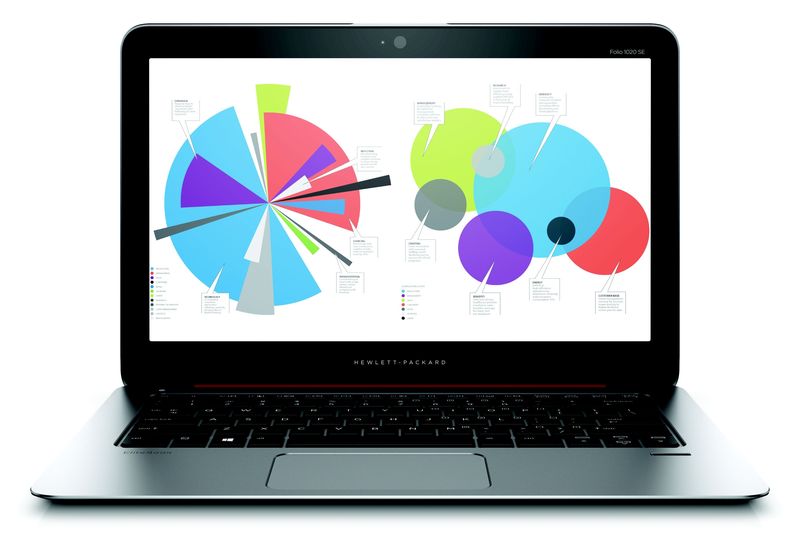 HP has a brand new laptop model to take on the MacBook Air, the EliteBook Folio 1020 that’s even thinner than Apple’s ultra portable notebook. The new HP laptop weighs just 2.2 pounds and is 15.7mm thick, but Engadget reports that a slightly heavier 2.6-pound version will also be available in stores next year when the EliteBook Folio 1020 launches.

FROM EARLIER: Is Apple still launching the ultra-thin Retina MacBook Air this year?

The laptop has a 12.5-inch display, with either 1080p or QHD resolution, Intel Core M processor, 8GB of RAM, 128GB to 256GB SSD storage space and offers 9 hours of battery life.

Design-wise, the EliteBook Folio 1020 comes without any cooling fans — thanks to the Intel Core M processor inside — and features a magnesium-lithium lid and keyboard deck, and a carbon bottom side. Interestingly, the slim laptop is also highly durable, passing MIL-STD-810G standards for drops, shocks, extreme temperatures and other similar ruggedness tortures.

The standard edition version of the EliteBook Folio 1020 (the heavier model that can also offer touchscreen support) ships in February next year, while the special edition will be available to users only a couple of months later, in April.

Pricing details aren’t available at this time for either model.