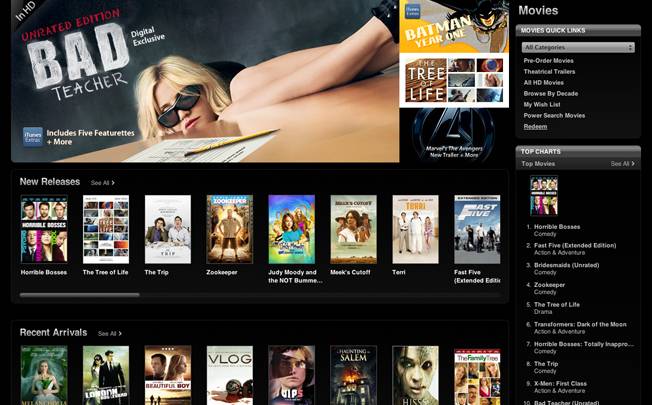 The movie industry is slowly moving to a different business model, Variety reports. DreamWorks Animation CEO Jeffrey Katzenberg said during the Entrepreneurial Leadership in the CorporateWorld panel at the Milken Global Conference in Beverly Hills that in the future, display size will impact the cost to consumers when it comes to watching new movies.

According to the CEO, moviegoers will “pay by the inch” when they watch movies 10 years from now, suggesting that mobile devices will have an even more important effect on how studios will launch and distribute new feature films.

“I think the model will change and you won’t pay for the window of availability,” Katzenberg said. “A movie will come out and you will have 17 days, that’s exactly three weekends, which is 95% of the revenue for 98% of movies. On the 18th day, these movies will be available everywhere ubiquitously and you will pay for the size. A movie screen will be $15. A 75” TV will be $4.00. A smartphone will be $1.99. That enterprise that will exist throughout the world, when that happens, and it will happen, it will reinvent the enterprise of movies.”

The CEO also said that “movies are not a growth business,” which is basically the reason why DreamWorks is also exploring new interests, including shortform, digital and television.