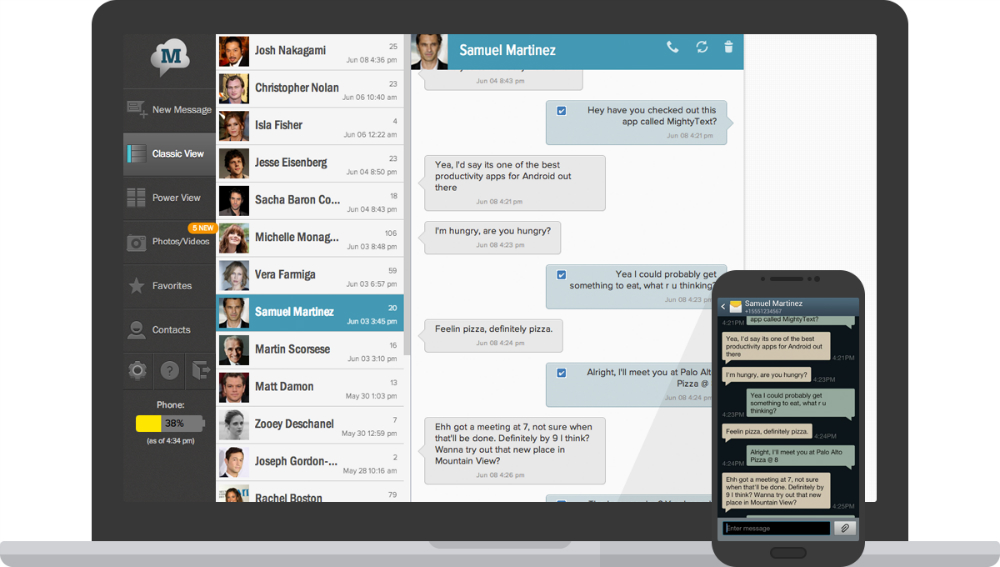 One of the best software features Apple introduced at WWDC 2014 is Handoff, a neat trick that will allow users who own both an iOS 8 device and a Yosemite Mac seamlessly move between devices while using the same supported app. For example, with continuity, Apple will let users send and receive SMS and MMS messages, and making a phone call directly from a Mac through an iPhone that happens to be really close by. Luckily for Android users there’s an app that brings some of that functionality to their Macs and/or Windows PCs.

Called MightyText and detailed by Cufflinked Magazine, the app has been available for quite a while in the Google Play Store, and will let Android device users connect their smartphones to a computer, Macs included, to send and receive text messages, sync texts and share photos and videos straight from their computers while using them.

MightyText does not support phone calls, but will deliver call notifications to the computer, as well as phone battery alerts which may come in handy considering the app lets users ignore their mobile devices when focusing on their laptops and desktop.

In order for MightyText to work, users will have to install a free Android app from the Gogole Play Store on their devices, and then get a MightyText extension on their favorite browser (Chrome, Firefox, Safari, Opera and Internet Explorer are supported). After that, they will have to go to the company’s MightyText web app to enjoy Yosemite Handoff-like features. Thus, MightyText can be used on any computer connected to the Internet, no matter what operating system it runs.

More information about MightyText is available at the source links below.