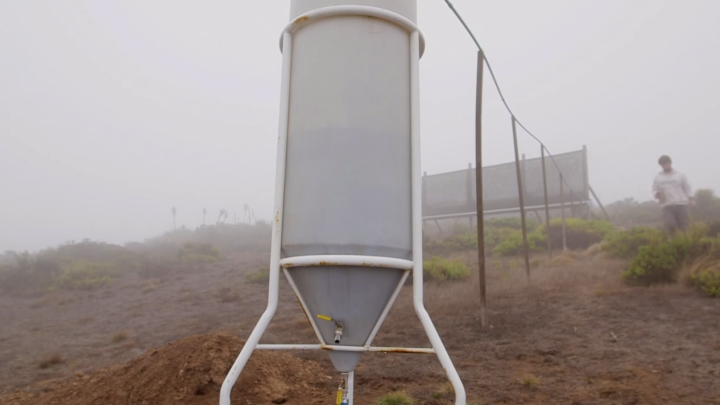 Living in the desert no longer has to mean being parched for drinking water. MIT has posted a video this month that shows how some researchers from its School of Engineering are working with researchers at the Pontificial University of Chile in Santiago to design a system for collecting fresh drinking water from fog that regularly rolls through Chile’s otherwise arid coastal region.

The researchers created a series of suspended mesh structures that they’ve strategically placed on top of hills and angle toward locations where fog typically blows in from the ocean. As the fog comes through, the webbing in the structures captures small droplets of water and filters them down into a collection silo. While the scientists have mastered the basics of capturing water from fog with this kind of mesh structure, they’re now experimenting with changing the “variations in the mesh spacing as well as the size and the wettability of the fibers in the mesh” to maximize its efficiency.

MIT estimates that there is around 10 billion cubic meters of potential fog water produced every year along the Chilean coast and it says its goal is to harvest at least 4% of it, which could provide drinking water for the entire region.

You can watch a full video showing how this fog water harvesting system works below.