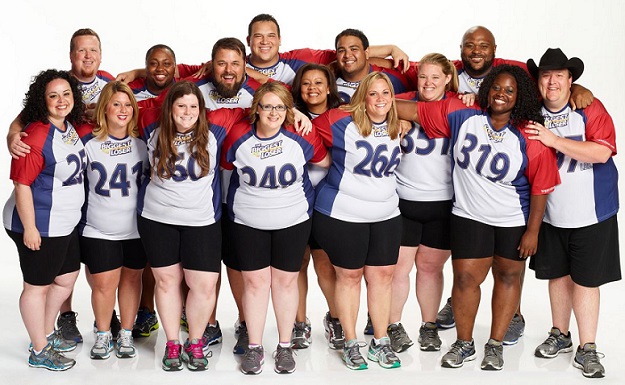 There’s no getting around it: losing weight requires a lot of hard work — just ask our editor, who lost 50 lbs in 3 months — and maintaining one’s weight after shedding a few pounds can sometimes be an even harder endeavor.

Underscoring the challenges that often come along with keeping weight off, a look at the contestants who appeared on Season 8 of NBC’s hit show ‘The Biggest Loser’ reveals that nearly all of the show’s 16 contestants have since regained all of the weight they lost during the course of the show. And we’re not talking about 10-15 pounds either, we’re talking about contestants losing upwards of 240 pounds and gaining it all back a few years later.

Danny Cahill, for instance, won Season 8 of the show in 2009 after losing an impressive 239 pounds in just seven months, or 8.5 pounds per week if you break it down. Seven years later, Cahill has unfortunately regained every single pound back. What’s more, some of Cahill’s co-contestants now weigh more today than they did when they first started the show.

So what’s going on here? Is there a valid physiological reason that explains why people who tend to lose a significant amount of weight in a relatively short amount of time tend to gain it back?

As it turns out, there is.

In a fascinating piece published by The New York Times last week, we learn that the human body under certain circumstances will actually fight back against weight loss.

“It has to do with resting metabolism,” the article explains, “which determines how many calories a person burns when at rest. When the show began, the contestants, though hugely overweight, had normal metabolisms for their size, meaning they were burning a normal number of calories for people of their weight.”

During the course of the show, however, thanks in part to a more limited diet, the resting metabolism of the contestants had decreased, which is to say that they were burning up calories at a slower rate than before. The problem didn’t manifest itself during the show when the contestants were working out 24/7, but quickly became apparent once the intense workout routines ended or were scaled back.

The Times goes on to relay that researchers who studied the contestants were eventually shocked to discover that the metabolism of the contestants continued to slow down after the show.

“As the years went by and the numbers on the scale climbed,” the report reads, “the contestants’ metabolisms did not recover. They became even slower, and the pounds kept piling on. It was as if their bodies were intensifying their effort to pull the contestants back to their original weight.”

In fact, some contestants now find themselves in a situation where they have to eat decidedly less food for their size to account for their decreased metabolism.

For anyone who has seen The Biggest Loser on TV or who has personally struggled with weight loss, the Times article is a must-read. Additionally, the research study on the show’s contestants from Season 8 can be viewed in its entirety over here.