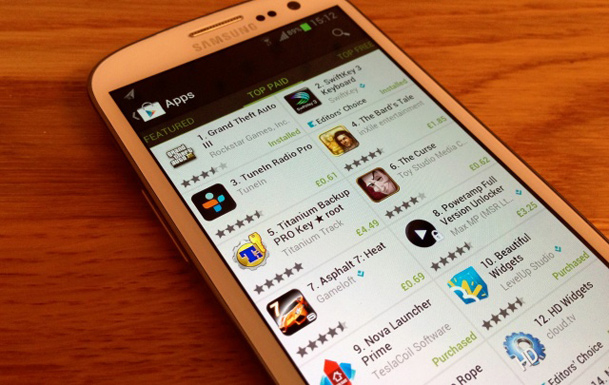 Google Play is a terrific place to find Android apps… if you happen to know exactly what you’re looking for. But as Android Authority’s Simon Hill points out, things get a bit trickier when it comes to discovering new apps out of the blue since the Google Play store’s app discovery process leaves a lot to be desired.

“One of the attractive things about the early days of the app revolution was the fact that, theoretically, anyone could make an app, and if it was good enough, it would gain traction,” Hill writes. “With well over 1 million apps in the Play Store and a number of big name publishers with deep pockets involved, this is far less true today… A Distimo report from last year revealed that new publishers accounted for just 3% of the top 250 in the Play Store and claimed just 1.2% of the revenue.”

Obviously, this isn’t quite what Google had in mind when it first launched Google Play and Hill has some smart suggestions for fixing it. Among other things, he thinks that Google could have more people test out apps so that it can get more small-name apps into its weekly list of recommendations; creating more sub-categories so users will have more places to search for their specific needs and so small developers have a better shot at getting discovered; and advanced search options that could help users better drill down what they’re looking for.

Hill has a lot more ideas in his post, which you can read by clicking the source link below.