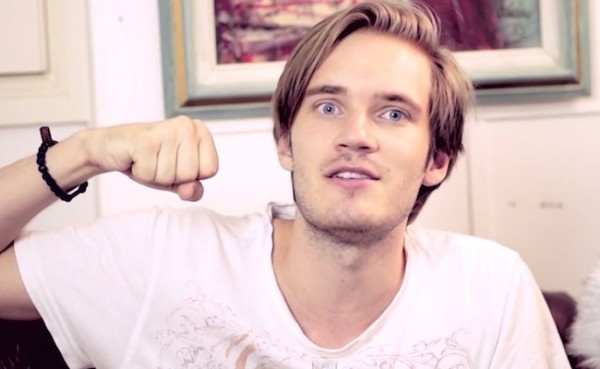 Go to school… get an education… work hard and start a lucrative career as a doctor, a lawyer, an engineer… or a guy who makes goofy jokes about video games on YouTube. Swedish YouTube sensation Felix Arvid Ulf Kjellberg (a.k.a., PewDiePie) is living this particular dream as we speak. Gamespot flags some new financial documents that show PewDiePie hauled in an estimated $7.5 million last year, a remarkable number that’s surprising even when you consider he has an estimated 37 million subscribers to his YouTube channel.

BACKGROUND: How did this smug, 20-something Swedish hipster become YouTube’s biggest star?

One of the big mysteries about Kjellberg is why he’s as successful as he is. Although Kjellberg’s videos are definitely entertaining and fun, we have no earthly idea why they generate more subscriptions than anyone else on YouTube, including the official video pages of Taylor Swift, Rihanna and Katy Perry. And considering that Kjellberg’s channel has a stunning 15 million more subscribers than the next-highest channel, his massive success just seems downright baffling at times, especially when there are so many other quality Let’s Play gaming channels out there.

All the same, we have to give him major props for building a YouTube empire, even if we have no idea how he did it or why he’s this appealing.