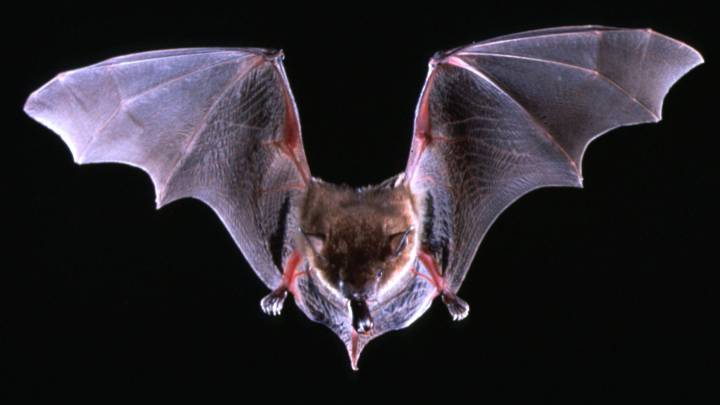 It turns out we’re more like bats that we ever imagined, for just as we can call dibs on the last slice of pizza, bats can call dibs on the bugs they’re about to eat. MDConnects reports that biologists at the University of Maryland have discovered that male brown bats can use a special sound known as a “frequency-modulated bout” (FMB) that lets nearby bats know that they’ve put in a claim on a particular piece of food and thus letting them know to stay away. Apparently this ultrasonic call is produced exclusively by flying male brown bats while foraging as the scientists found female brown bats did not emit any such sounds.

“When two males flew together in a trial, it was not uncommon for each bat to emit FMBs,” researcher Genevieve Spanjer Wright tells MDConnects. “We found that the bat emitting the greatest number of FMBs was more likely to capture the mealworm.”

This is a remarkably civilized way of divvying up food for a creature that has traditionally had a reputation for being dark and sinister. If only we could install a similar mechanism within humans during Black Friday shopping to keep them from trampling over one another at Wal-Mart.