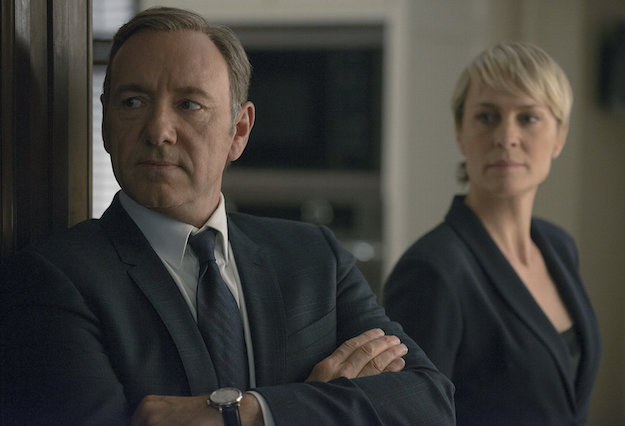 Always looking to stay ahead of the curve, Netflix CEO Reed Hastings in early 2014 announced that all Netflix original shows would be recorded in 4K. Now comes word that Netflix is looking to push the envelope even further, with The Hollywood Reporter reporting that the recently aired third season of House of Cards was shot in 6K.

Now to be clear, Netflix never actually received or distributed a 6K version of House of Cards. Rather, the 6K version is being kept as an archived master copy. You know, for future proofing and all that jazz. In the meantime, I doubt anyone will be complaining about 4K video quality anytime soon.

Encore claimed it created 6K archive masters that were roughly 5.5TB for each one-hour episode, as well as a 4K version, roughly 2.5TB per one-hour episode, which was delivered to Netflix. Since 4K is four times as much picture information as HD and 6K is even greater, post houses generally say the cost increases for 4K primarily surround data storage.

With media companies and carriers still trying to figure out the best way to approach 4K streaming, don’t expect to see 6K anytime in the near future. It is nice, though, to see that Netflix is already busy preparing for that next big evolutionary step.