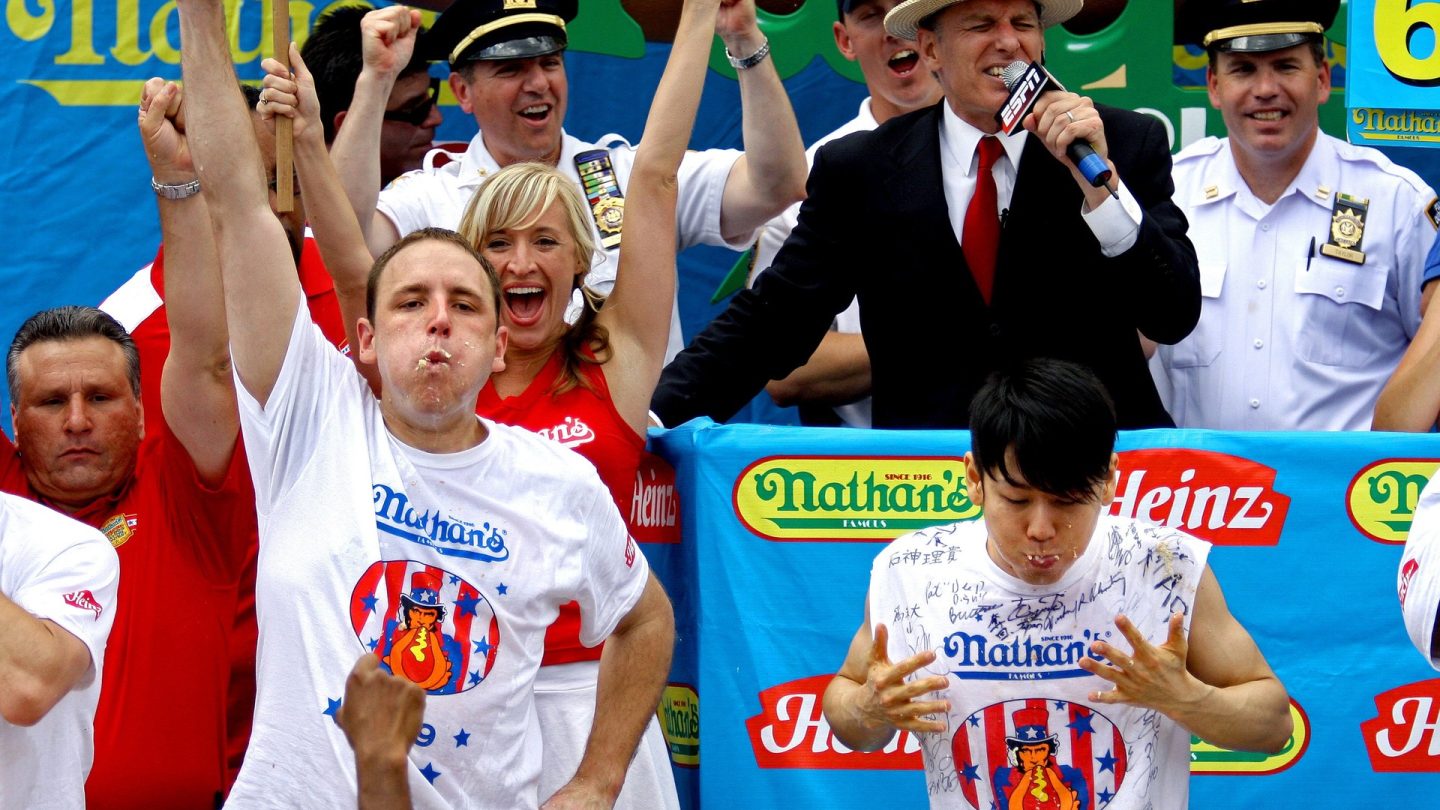 America hasn’t always been the land of the free. The founders of the United States fought tirelessly for years to free themselves from Great Britain, and the Fourth of July is when we celebrate the signing of the Declaration of Independence, the document that marked the separation of the 13 American colonies from the British Empire.

What better way to celebrate that historical event than by watching people stuff their faces as quickly as possible with compressed meat trimmings and fat?

It seems like most sane people agree that the annual Nathan’s Famous Hot Dog Eating Contest is vile. And yet it continues to exist. Why? Because people are often vile, too.

“The hot-dog contest is a physical manifestation of the concept of freedom,” competition organizer George Shea told Politico. “The contest has come to represent the spirit of July 4th itself. That is why people go to the event. It is kind of a pilgrimage to the center of July 4th and the center of freedom.”

Politico’s deep dive into the competition is a solid read, and you’ll find it linked in our source section below.