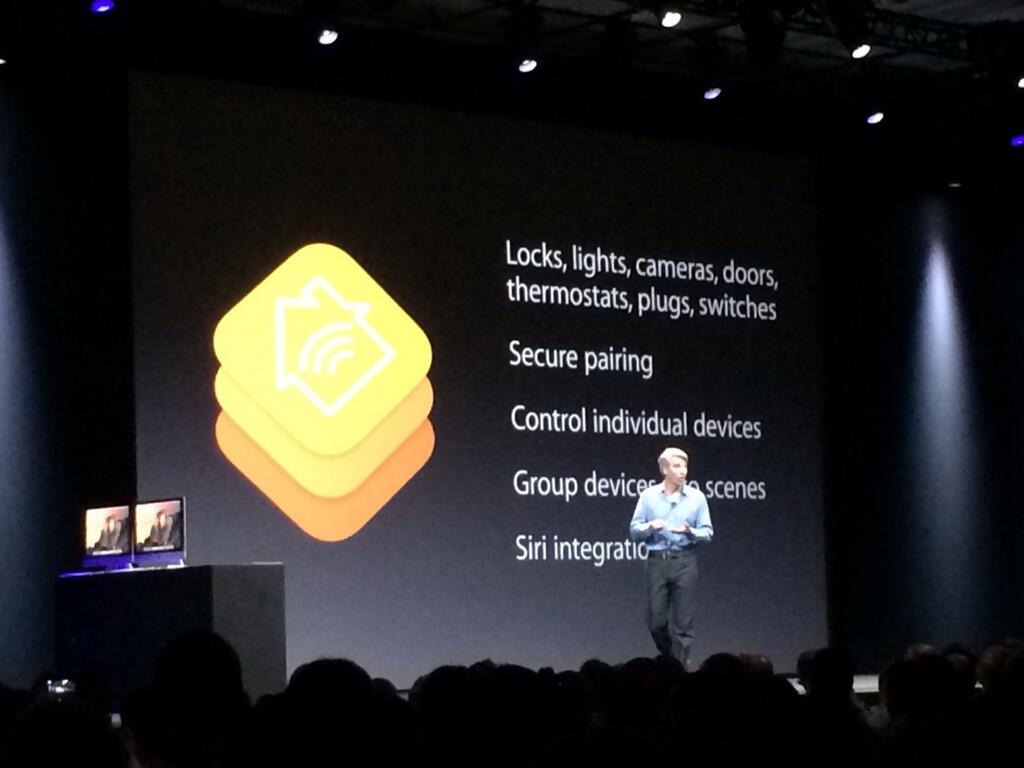 What, you thought the action would be over by now? Fat chance… Apple’s big WWDC 2014 keynote is somehow still going strong and the company just announced HomeKit. The new HomeKit tools for developers that lets developers create sophisticated iOS apps that integrate with and control various leading connected home devices. The solution is not a platform that will power connected devices, as had initially been reported. Instead, it will work with existing popular devices from leading manufacturers to allow iOS devices to control things like lights, thermostats, cameras, appliances, garage doors and plenty more. HomeKit will launch later this year as a feature of iOS 8.