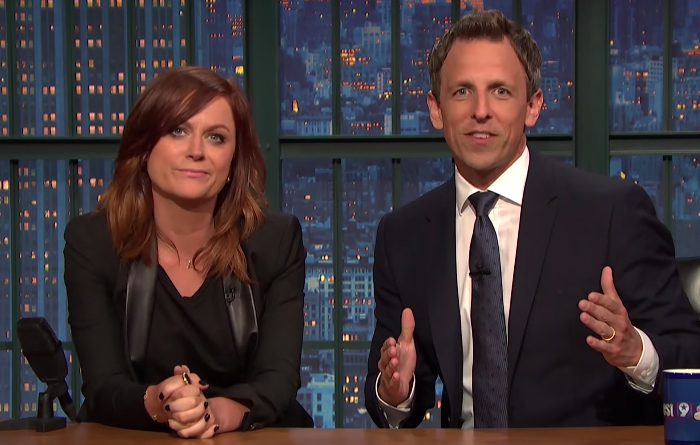 You simply have to love Seth Meyers and Amy Poehler whenever they get together on TV to do one of their hilarious “Really?” Saturday Night Live-style segments. And while they’re not on SNL anymore, the duo reprised their “Really?” roles to shame a Sports Illustrated contributor who took to Twitter to say that women’s sports – not just soccer – aren’t really worth watching.

Yeah, he said that on the Internet, while this was happening.

Meyers had Poehler performed the bit on the Late Night with Seth Meyers show, and the video dedicated to Sports Illustrated’ Andy Beniot follows below.

Everything started when Mark Mravic tweeted that “And here some people (ahem, @Andy_Benoit) argue that women’s soccer isn’t worth watching,” pointing out to a stupendous goal scored in the women’s soccer World Cup – you’ll see the goal it in the following clip, too.

Benoit, probably not realizing that his fingers were actually typing something that would go up online in seconds, replied that “Not women’s soccer, [but] women’s sports in general [are] not worth watching.”

Rest assured, Poehler gave Benoit advice on using Twitter, in addition to thoroughly mocking his answer together with Meyers. “Another thing,” she said. “No more tweeting, Benoit, you’re too dumb.”

The full “Really?” clip follows below.