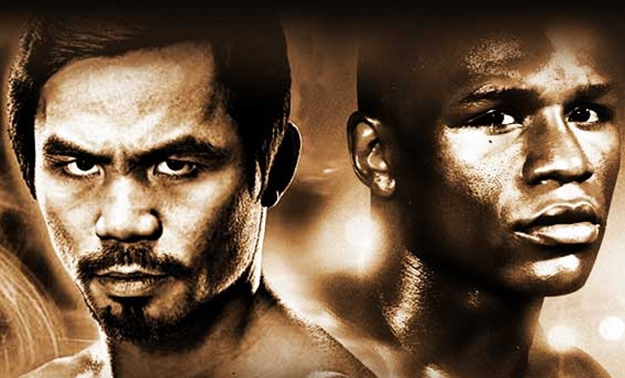 Floyd Mayweather’s hotly anticipated bout with Manny Pacquiao might have been one of the biggest let-downs the boxing world has ever seen, but it was more than enough to make him the highest-paid celebrity of the past 12 months. His opponent’s massive payday lands him in the No. 2 spot, followed by Katy Perry, One Direction’s collective earnings, and Howard Stern in the No. 5 spot.

Each year, Forbes puts together a list of the highest-paid celebrities over the trailing 12 months. This year’s list just came out, and it has some shockingly big numbers on it.

Mayweather pulled in $300 million over the past 12 months, according to the list. Pacquiao’s $160 million was good for the No. 2 spot, and Katy Perry’s $135 million edges out One Direction’s $130 million. 61-year-old radio host Howard Stern reportedly earned $95 million in the past 12 months.

The $90 million No. 6 spot is held by country legend Garth Brooks, and he’s trailed by author James Patterson with $89 million, actor Robert Downey Jr. and singer Taylor Swift with $80 million apiece, and soccer star Cristiano Ronaldo, who earned $79.5 million over the past 12 months.