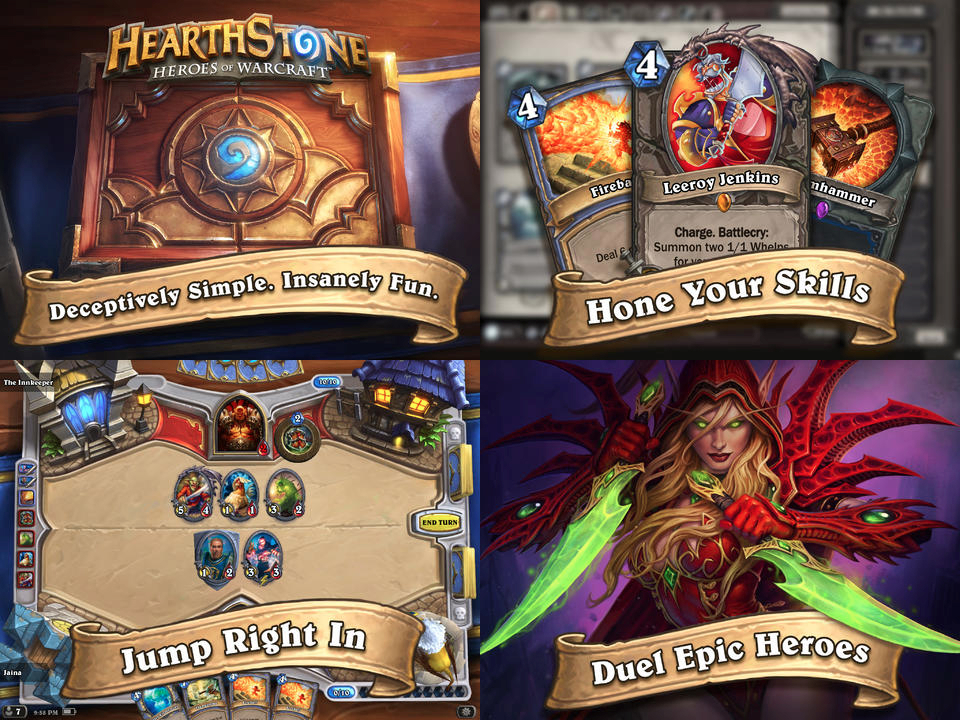 While Blizzard is far from releasing its any of its Warcraft games on mobile devices, the company has come up with a card game based on the characters of Warcraft, that’s currently available on iPad in selected markets, Mac and PC. Additionally, Hearthstone: Heroes of Warcraft versions for iPhone, Windows tablet and Android will be available in the near future, according to the company.

“Blizzard Entertainment is pleased to inform swagnificent, Zippi79, MrHeed, JohnTheTree, Successlol, SpiritGuard, AnimaLeet, Waffles, Thinkzalot, SwaggishMike, and everyone else who was asking online, that Hearthstone: Heroes of Warcraft, its free-to-play digital card game, is now available on iPad in Canada, Australia, and New Zealand, with the iPad App Store release for the rest of the world coming soon,” the company wrote in a press release.

Hearthstone is available as a free download from the App Store, but features plenty of in-app purchases, which can go as high as $65. The game requires iOS 5.0 or later and 480MB of storage, and will work with iPad 2 or later models.

So far, the game appears to be quite popular on Mac and PC. “Hearthstone’s player base has already grown to more than 10 million registered accounts following the official Windows and Mac release, but we saw that a few people online were holding out for the iPad version,” CEO and cofounder of Blizzard Entertainment Mike Morhaime said. “Instead of calling those folks up individually, we figured we might as well let everyone know that the global iPad rollout for Hearthstone has begun, and pretty soon it’ll be available everywhere. The game is a natural fit for tablets—we encourage everyone to check it out on their couch, in their backyard, in a coffee shop . . . or anywhere else they take their iPads.”

A video showing how the game is played on the iPad follows below.