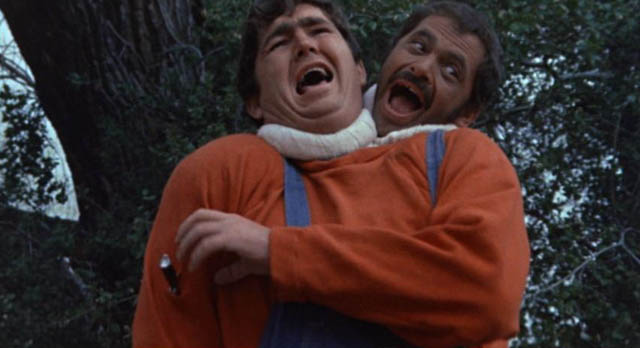 Head transplant surgery used to be a dream that we only saw in science fiction movies such as The Incredible Two-Headed Transplant (pictured above). However, CNET brings us word that one Italian scientist says he’s a mere two years away from being able to do real-life human head transplants.

Surgeon Sergio Canavero, director of the Turin Advanced Neuromodulation Group in Italy, thinks he’s developed a new technique for head transplants that will avoid some of the problems caused by earlier attempts at such surgeries involving dogs and monkeys.

“In a paper published in Surgical Neurology International, he has outlined his technique: first, both the transplant head and the donor body would need to be cooled in order to slow cell death,” CNET explains. “Then, the neck of both would be cut and the major blood vessels linked with tubes. Finally, the spinal cords would be severed, with as clean a cut as possible.”

The past failed attempts at head transplant surgery with animals have yielded some pretty disgusting results and we have to say that the thought of having our heads frozen and our spinal cords severed just sounds… really, really, really bad. We’ll be interested to see how many people out there volunteer for Canavero’s first test run of this surgery should be ever get clearance to try it out on humans.