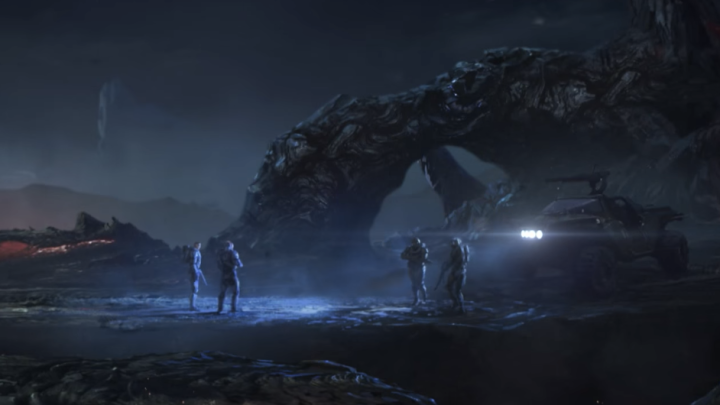 Unless you’re an enormous fan of the franchise, you might not know that the Halo universe extends beyond the best-selling video games. There are comics, novels and TV shows expanding upon the story of the Spartans, and on Friday at Comic-Con, the Halo team revealed the latest project outside of the gaming world.

On October 27th, Halo: The Fall of Reach – The Animated Series will launch alongside Halo 5: Guardians. The Fall of Reach was the first Halo tie-in novel ever released back in 2001. It tells the origin story of Master Chief, the SPARTAN-II program and the war between the Covenant and the human race. Here’s the official plot description:

“This three-act series tells the oft-shrouded origin stories of the SPARTAN-II program. Set during events both before and after the terrifying Covenant attack on humanity, the story will introduce viewers to the members of Blue Team and allow them to witness the pivotal moments that forged the legendary squad’s legacy.”

The story has since been adapted by Marvel into a three-part comic series, and now will be retold once again on the small screen this fall. 343 Industries also revealed that the series will come packaged with the Limited Edition, Limited Collector’s Edition, and Digital Deluxe Editions of Halo 5.

You can watch the debut trailer for the animated series below: