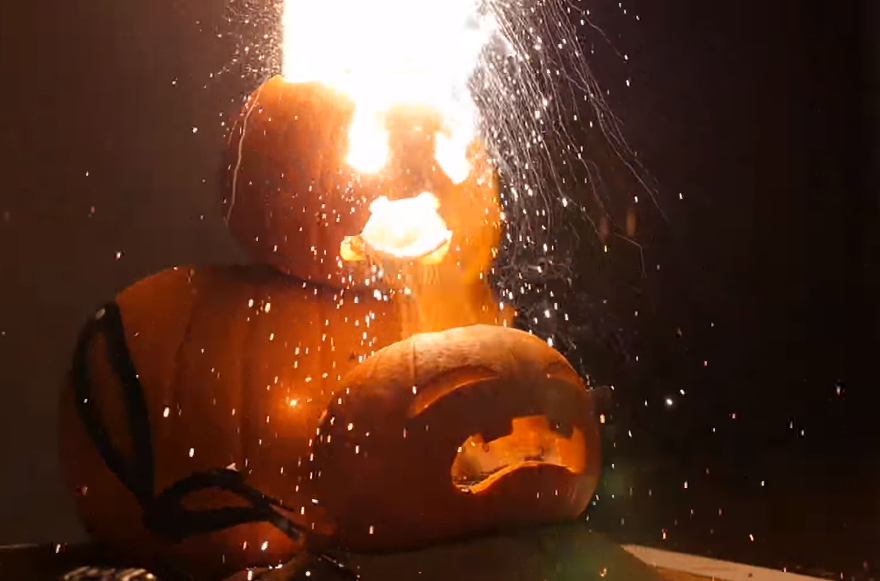 Do you want to make a jack-o-lantern that will really scare people in your neighborhood? If so then you’ll want to check out a video that The Royal Institution posted this week that shows you how to make explosive pumpkins that spit fire with the help of thermite.

Thermite is a mix of iron oxide (Fe2O3, a.k.a., rust) and aluminum powder that creates an intense fiery reaction when ignited and reaches temperatures of 2,000 degrees Celsius (3,632 degrees Fahrenheit). The Royal Institution placed  this chemical compound inside a jack-o-lantern and then set it off by lighting a magnesium strip that served as a fuse.

For good measure, the Royal Institution even placed a second jack-o-lantern directly below the first one that it filled with nitrocellulose (a.k.a., guncotton). When the upper jack-o-lantern began spitting out molten iron into the lower jack-o-lantern, it set off the guncotton and produced an impressive explosion.

Check out the whole video in action for yourself below. Oh, and don’t try this at home. We mean it.