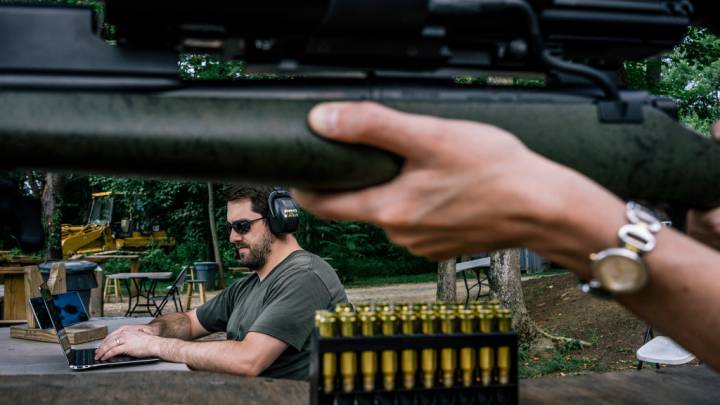 If a device is connected to a wireless network, chances are some talented hackers will find a way to take advantage of its software flaws to make it do what they want, whether we’re talking about smartphones, computers, routers, and even rifles. Yes, there’s a smart Internet-connected rifle out there that can turn anyone into a perfect shot — but some hackers found out how to disable it and even change its target.

The Tracking Point TP750 is a $13,000 gun that has a computer attached to the scope. The gun is a deadly instrument in the right hands, thanks to its on-board computer that can be used to calculate precisely the moment the shot has to be fired to reach its target.

The user can input various data, including ammo weight and wind velocity, and the computer will then initiate the shot at the best moment once the trigger is pulled.

The computer also comes with Wi-Fi connectivity, which is where the problems can start, Wired has learned.

Security researchers Runa Sandvik and Michael Auger purchased their TrackingPoint rifles, dismantled them, reverse-engineered the software, and found ways to take control of a gun from a distance (see the following video).

The hackers can stop a shooter from firing the weapon or can fool them into thinking the bullet will reach its destination. They can also make the gun miss, and even hit a different target. What’s more, they can disable the rifle’s main computer, which would leave the marksman operating a regular sniper rifle that has to be used completely in manual mode.

TrackingPoint told the tech site that it plans to update the software and patch these security issues, and the over 1,000 buyers who have purchased such a gun will receive updated software on USB sticks.

The hackers will further detail the exploit at the Black Hat conference in two weeks. The problem might not be that significant since various conditions have to be met for a hacker to take over the computer of such a rifle. But it still proves that anything connected to the Internet is at risk of being attacked by hackers and used for various malicious purposes.

“There are so many things with the Internet attached to them: cars, fridges, coffee machines, and now guns,” says Sandvik. “There’s a message here for TrackingPoint and other companies…when you put technology on items that haven’t had it before, you run into security challenges you haven’t thought about before.”