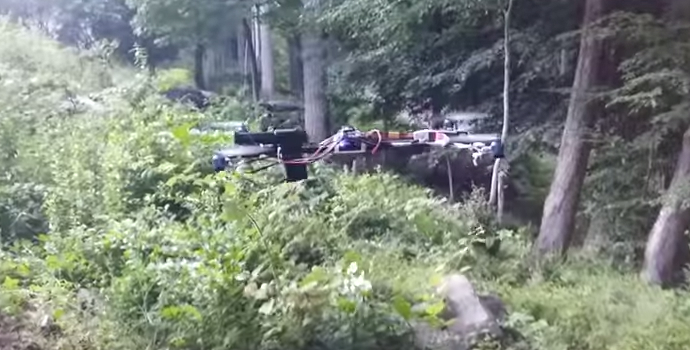 Putting guns on drones isn’t such a crazy idea if you ask the military. You can mount destructive missiles on unmanned vehicles and send them to do the dirty work – it’s not necessarily moral or right, but that’s beside the point right now, because now we’re seeing regular citizens create gun-toting drones of their own that they can control just through their iPhones.

YouTube user Hogwit posted on YouTube a concept of a Flying Gun a few days ago, which is a “homemade multirotor with a semiautomatic handgun mounted on it,” at least according to him.

It’s as simple as that, assuming the video displays a functional concept. The 14-second clip below shows the do-it-yourself drone firing the gun multiple times. Sure, there’s some recoil, but the drone keeps flying and shooting. It’s scary and shows what the future may bring – check out the clip for yourself.

As The Verge points out, according to FAA rules, this kind of drone is illegal, but that doesn’t mean someone couldn’t employ such means in the future.