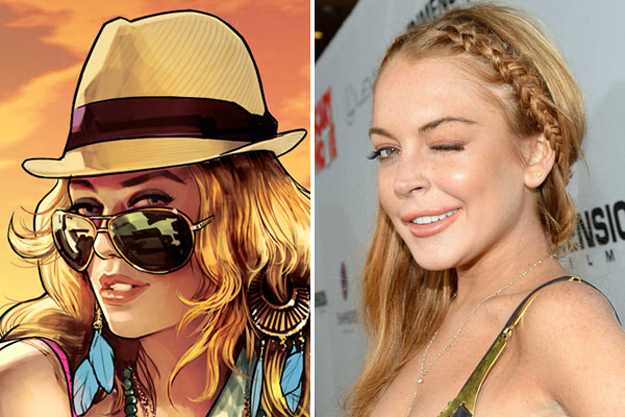 Actress Lindsay Lohan on Wednesday filed a lawsuit against Take-Two Interactive, makers of Grand Theft Auto V and other games in the wildly popular Grand Theft Auto franchise. Lohan claims a character named Lacey Jonas that plays a role in the latest installment in the GTA series uses her image without her permission.

The Associated Press reports that according to the suit, Lohan and her team of lawyers state that the Jonas character is an “unequivocal” likeness to Lohan. They also claim that the character in Grand Theft Auto V mimics Lohan’s voice as well as several styles from her clothing line.

Additionally, the lawsuit notes that Lacey Jonas at one point seeks help in escaping from paparazzi, and the game shows the Chateau Marmont hotel in West Hollywood, where Lohan had once lived.

“The portraits of the Plaintiff incorporated her image, likeness, clothing, outfits, Plaintiff’s clothing line products, ensemble in the form of hats, hair style, sunglasses, jean shorts worn by the Plaintiff that were for sale to the public at least two years,” the suit states.

The suit was filed in a Manhattan court on Wednesday, though reports suggesting that Lohan and her lawyers planned to sue Take-Two first emerged more than six months ago.