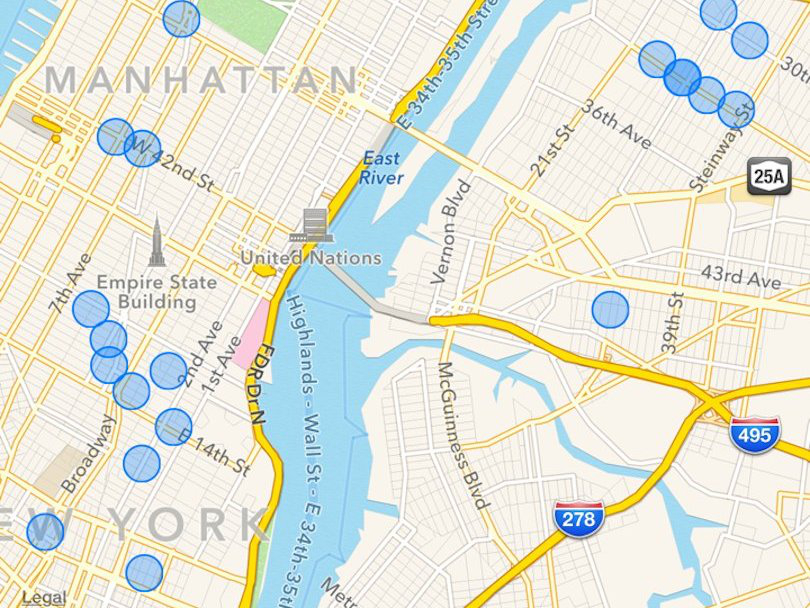 A troubling lawsuit coming out of California alleges that a woman was fired from her job after she uninstalled an app that her employer requested all employees had to download. The troubling aspect of the story is that the app in question was capable of tracking employee location data even when employees weren’t on the clock.

The lawsuit in question was filed by Myrna Arias who was previously employed by Intermex Wire Transfer as an account manager. According to the suit, originally spotted by Ars Technica, Arias’ boss asked her and other employees to download a mobile app called Xora which, according to the app description on the App Store, allows mobile workers to record pertinent information when they are on the go.

Xora’s website also highlights a feature it calls SmartView, a series of tools which lets employers “see into the work your mobile employees do for you each and every day.”

One such feature of SmartView is something Xora appropriately calls Locations.

Additionally, targeted GPS tracking is a touted part of the software suite.

Upon researching the app, Arias asked her boss, a man named John Stubits, whether or not the app was capable of monitoring her movements even while she was off duty. The suit alleges that Stubits not only admitted that this was indeed the case, but also bragged that he was able to determine how fast she was going any time she was driving in her car.

Plaintiff expressed that she had no problem with the app’s GPS function during work hours, but she objected to the monitoring of her location during non-work hours and complained to Stubits that this was an invasion of her privacy. She likened the app to a prisoner’s ankle bracelet and informed Stubits that his actions were illegal.

The complaint goes on to note that Stubits disregarded Arias’ concerns, simply adding that she should deal with the intrusion because she was getting paid more money at Intermex than she was at her previous job for a company called NetSpend.

In late April, Arias uninstalled the Xora app from her smartphone. Just a few weeks later, on May 5, she was fired.

Adding yet another layer of intrigue to this Orwellian saga is the allegation that Intermex CEO Robert Lisy supposedly called up NetSpend (where Arias was still moonlighting on a part-time basis) and said that Arias was a “disloyal” employee who was working for Intermex.

“As a result of Lisy’s intentional and malicious interference,” the complaint reads, NetSpend terminated Arias. In essence, Arias claims that disabling a GPS tracking app from her smartphone directly led to her being fired from not one, but two jobs.

It’ll be interesting to see how this plays out. Of course, we’ve only heard one side of the story so far. We’ll keep you posted once Intermex issues a statement or posts a reply brief.