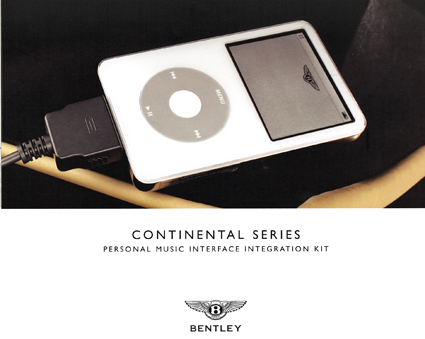 Personally, we’re pretty shocked by this move from the good boys over at Crewe, England, but we welcome this with open arms and we’re looking specifically at all our Bentley Continental owners over here. Starting now, your local Bentley dealership will offer the ability to install an iPod connectivity kit which will be a “factory” part, and not after market. But damn, how the heck can I control the iPod? Leave it up to the sneaky brits, because once that bad boy is plugged in “track selection and volume can be controlled via the infotainment system or steering mounted controls.” Amaaazing! Just in case this doesn’t knock your socks off, “a USB input is available allowing any music device with a USB port to be used and controlled via the infotainment system”. It just gets better and better, doesn’t it? “To ensure your device is kept safe whilst in use, a leather holder has been designed to house and protect the player in the glove compartment. The high quality fleece lined Schoeller material offers maximum protection.” Well, you heard it folks! This is compatible with the Bentley Continental series like the Bentley Continental GT, and Bentley Continental Flying Spur. Model compatibility years are not specified so theoretically this might work back to on ’04 model. Click on for a couple more pics! 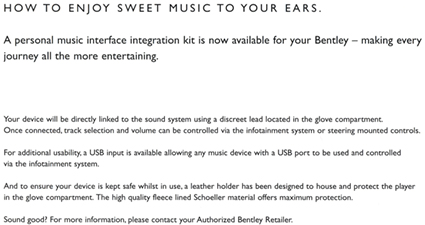 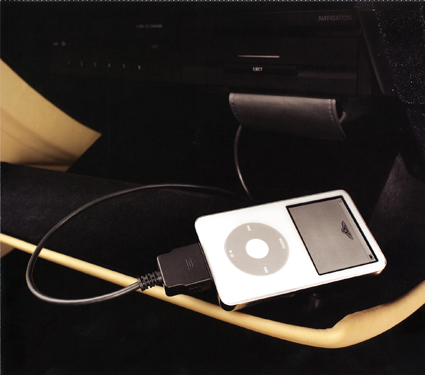