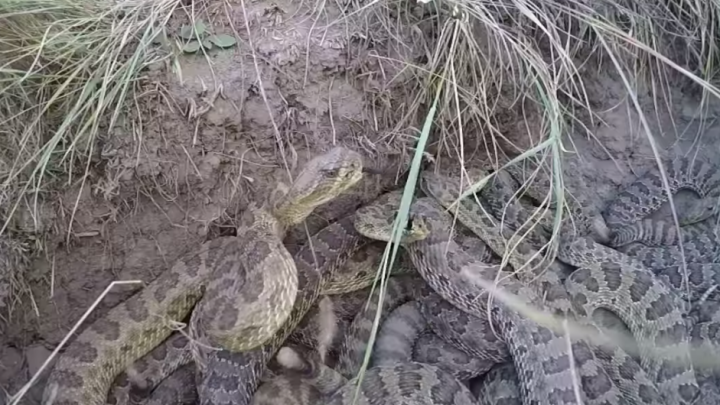 This video is not for the faint of heart. YouTube user Michael Delaney recently took his GoPro out to film a rather large and scary pit of rattlesnakes. While the camera was dangling overhead, the snakes attacked it and eventually knocked it over into their pit, where they proceeded to crawl all over it.

What makes this video particularly unnerving is the rattling sound of multiple deadly snakes slithering around on the ground. Without the sound, the video is much easier to watch and it won’t make your skin crawl quite so much.

Delaney never explains how he retrieved his GoPro after it fell into the snake pit but it’s really not something we want to imagine having to do ourselves. His YouTube page shows several videos filmed with the aid of quadcopter drones, so it’s entirely possible that he rigged up a drone to help fish the camera out.

At any rate, the video follows below but remember: It is not for the squeamish.

UPDATE: Thanks to everyone who pointed out that he raised the camera out of the pit with a hockey stick at the end. I honestly couldn’t watch much more of it after the camera initially fell in.