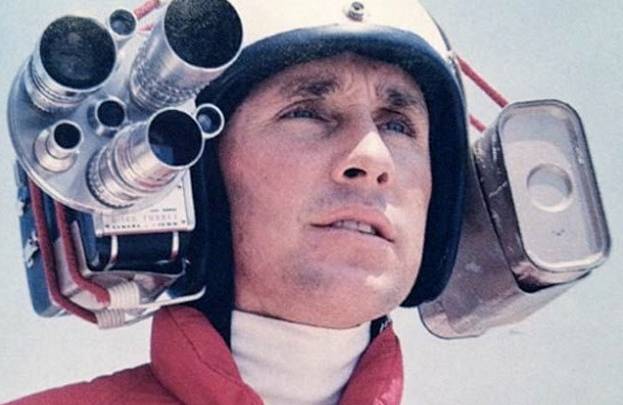 These days, if you’re looking to capture some extreme sports action, whether it be Base Jumping or even surfing, you’d be hard pressed to find a better solution than a GoPro camera. Indeed, GoPro cameras are seemingly everywhere these days, even showing up during yesterday’s Google I/O presentation in the form of a virtual reality rig comprised of 16 GoPro cameras.

So while GoPro gets the job done today, what did the adventure seekers of yore do to capture their death defying and adrenaline pumping feats of grandeur? Well, they worked with the tools they had at the time and opted to attach bulky and unwieldy cameras to their helmets.

The photo above comes courtesy of Kottke.org where you can find a number of fascinating photos depicting what some of the first helmet cams looked like. Suffice it to say, we’ve come a long ways.

As for the photo above, that’s legendary Formula One racer Jackie Stewart who, incidentally, is still rockin’ it today at the ripe old age of 75, Rolex jacket and all.

Make sure to hit the source link below for even more photos of GoPro style cameras from a few decades back.