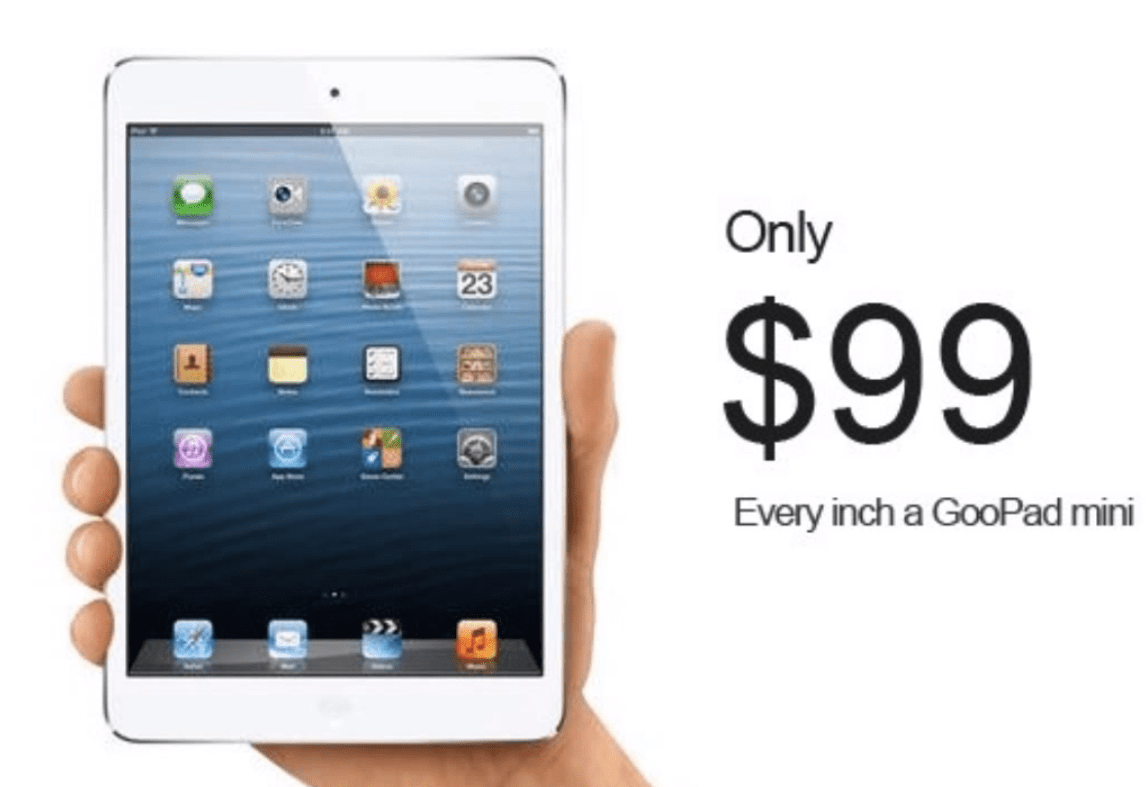 The makers of the GooPhone I5 seem to be back and this time they’re ripping off Apple’s (AAPL) new smaller tablet. According to GizmoChina, Chinese Apple knockoff company GooPhone has already announced plans to sell the GooPad mini, a new eight-inch tablet that bears a striking resemblance to the just-announced iPad mini. The new tablet will feature a 1024 x 768 pixel display, a 1.4GHz dual-core processor, a 2 megapixel rear camera and Android 4.1 Jelly Bean. Best of all, the GooPad mini will reportedly sell for just $99 and will be released sometime in November. GizmoChina’s promotional video for the new tablet is posted below.