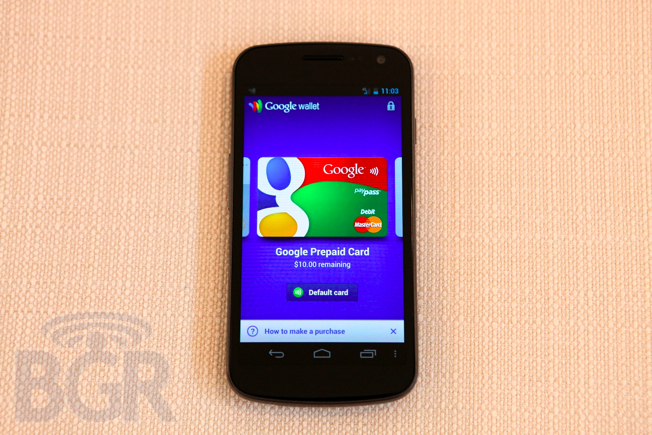 We were able to successfully get Google Wallet running on the HSPA+ version of the Samsung Galaxy Nexus without too much trouble, but the big news over the past few weeks was that Verizon would be blocking the app from its version of the hotly anticipated handset. Well, if you don’t mind rooting your phone and following a relatively simple guide, there’s now a way to get Google Wallet functioning just fine on Verizon’s Galaxy Nexus. It’s going to most likely violate Google Wallet’s terms of service, but we got it up and running on our review unit with no problems. There is also the complimentary $10 Google prepaid card, so it looks like we’ll be off to CVS for some of those peach rings in a few minutes. Images of Google Wallet running on Verizon Wireless’s Samsung Galaxy Nexus follow below.