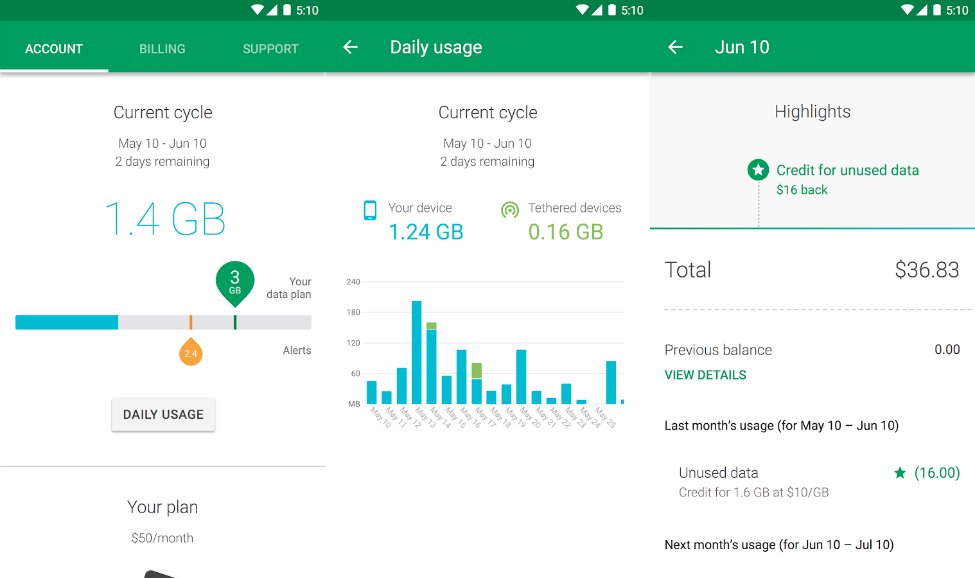 Google last week officially announced everything there is to know about its wireless carrier initiative. The company even started taking registrations for Project Fi, with invites supposed to soon roll out to interested users in the U.S. Meanwhile, users looking to check out how the Project Fi wireless service will look like can already download the official application on their smartphone, Android Police reports, but there’s a huge catch: you have to own a Nexus 6 smartphone.

DON’T MISS: Watch what happens when you pour molten aluminum into a watermelon

Obviously, the app is available as a free download, which you can grab by following this link.

Initially, the service will be available solely on Google’s latest Nexus smartphone, so it’s not surprising to see the app only work on that handset. The online publication says the app won’t even open on the Galaxy Note 4, which might also be the case for other Android devices.

Even though you’re yet to receive a Project Fi invitation in the mail, you can still check out the application and see how the service is supposed to work. The app will let you do a bunch of things, including activating the service, paying the bills, monitoring your data usage, managing account settings and more.

Some screenshots showing the Project Fi app are available above, with more of them available at the source link.