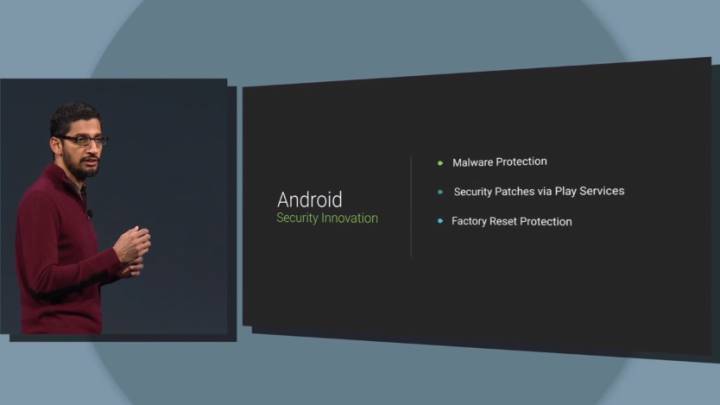 Ignoring the unexpected protesters who tried to disrupt Google’s major developer event on Wednesday, or the unnecessary code demonstrations to an audience packed with media members excited about sharing with the world details about Google’s new products rather than looking at code demos that didn’t always work, Google’s I/O 2014 was packed with news, interesting announcements and revelations. And Google also talked about Android malware on stage and the measures it takes to prevent its customers from being affected.

Sundar Pichai said during the show that, “based on every data we see, well, well less than half a percent of users ever run into any malware issues.” That number is quite low when looking at percentages alone, but when translated into an actual number of users, based on Google’s Android usage statistics that were also announced on stage – the company said that it has up to 1 billion active Android users per month nowadays, not counting China or Kindle users – it comes to up to 5 million users that may have run into malware issues.

Pichai’s comments on security come as a response to Tim Cook’s attack on Android from WWDC 2014, where the Apple CEO half-jokingly called out Android for its security and malware issues.