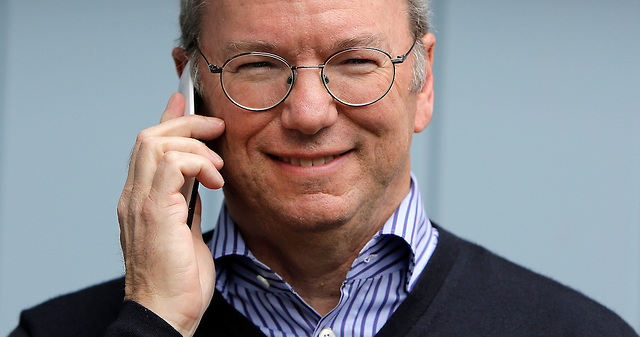 Google’s executive chairman says that the company was outraged to learn that the National Security Agency had been tapping the company’s servers, and he has vehemently denied that Google had any knowledge of the NSA’s actions. Speaking with The Guardian, Schmidt said that he was upset to learn recently that the NSA was covertly accessing Google servers without the company’s knowledge, and he said that he and other Google executives should have been informed because they have sufficient security clearance. But Schmidt says it may actually be a good thing that he and other execs weren’t briefed on the matter.

“I have the necessary clearances to have been told, as do other executives in the company, but none of us were briefed,” Schmidt told The Guardian. “Had we been briefed, we probably couldn’t have acted on it, because we’d have known about it. I’ve declined briefings about this because I don’t want to be constrained.”

Since learning of the NSA tapping, Google has started encrypting all of its internal traffic to prevent the NSA and other outsiders from accessing its data.