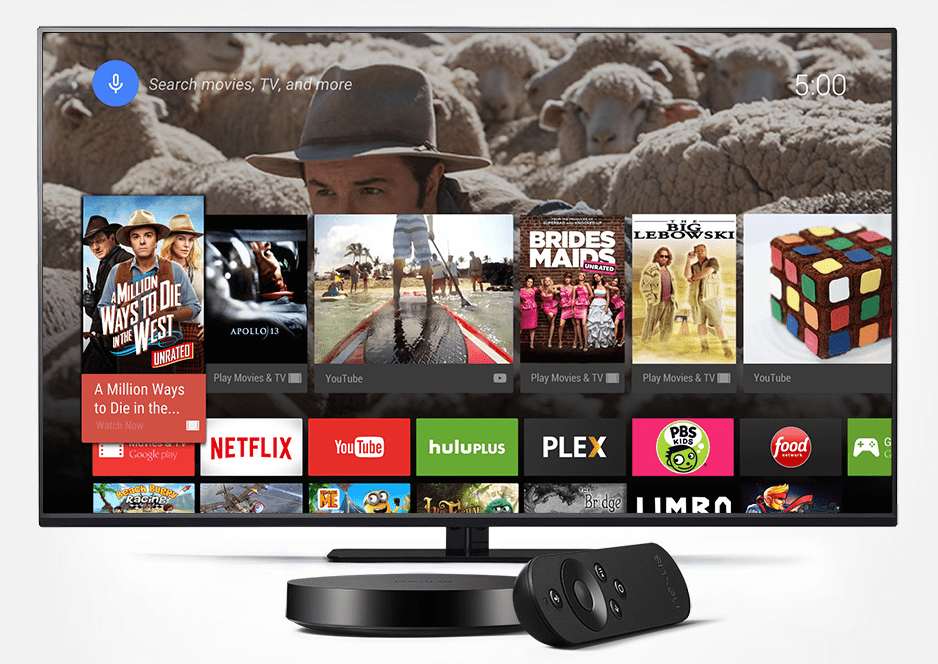 As expected, Google officially announced release details regarding the Nexus 6 smartphone, Nexus 9 tablet and Android 5.0 Lollipop software on Wednesday, but another Android device made its way into the announcement as well: the Nexus Player.

According to Google’s Senior VP Sundar Pichai, the Nexus Player is first device Google has released running Android TV. It was designed in collaboration with Asus and will serve as a streaming box for movies, music and videos. The Nexus Player will also be a capable Android gaming device as users will be able to play Android games on their TVs using gamepads.

The Nexus Player is Google Cast Ready as well, which means you’ll be able stream from almost any Chromebook or your Android or iOS device straight to your TV.

As for specifications, the streaming device will feature a 1.8GHz quad-core Intel Atom processor, 1GB of RAM, 8GB of internal storage, 802.11ac WiFi with MIMO, a Micro-USB port and an HDMI out slot. The remote, which has voice search capabilities, will come in the box. The game controller will be available separately.

Google’s Nexus Player will ship with the brand new Android 5.0 Lollipop update. It will be available for preorder on October 17th and will hit store shelves on November 3rd alongside the Nexus 9. Although Google hasn’t said anything about pricing, Re/code is reporting that the Nexus Player will cost $99 and the optional controller will retail for $39.