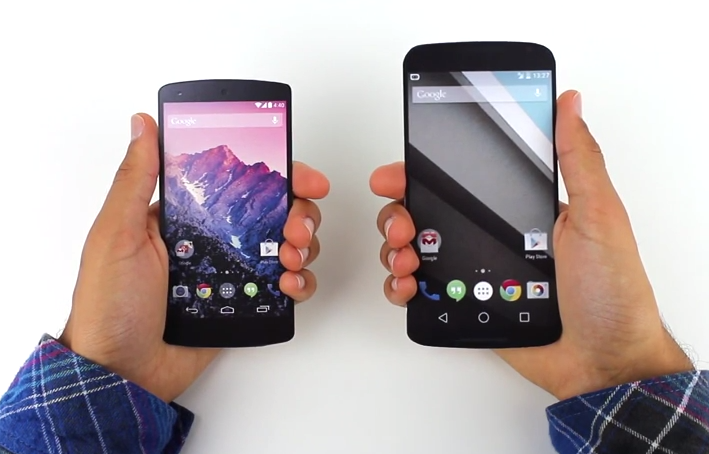 Google’s upcoming Nexus 6 is going to be a very big phone. If you want to know exactly how big then look no further than a video posted by Canoopsy that creates a render of the Nexus 6 based on leaked photos and specs and places it side-by-side just about every major flagship phone on the market today.

The rival device that’s closest to matching the Nexus 6’s size, you won’t be surprised to know, is Samsung’s own Galaxy Note 3 phablet, which over the past year has set the bar for giant-sized smartphones. The iPhone 6 Plus similarly looks to be on par with the Nexus 6, which isn’t surprising since that device has very similar dimensions to the Note 3. Once you take a step down from the Note 3 and iPhone 6 Plus, however, then the Nexus 6 render starts to dwarf rival phones in terms of size. Even BlackBerry’s brutish Passport smartphone looks tiny compared with the Nexus 6.

Leaked specs for the Nexus 6 reportedly include a 5.9-inch QHD display with a resolution of 2,560 x 1440 pixels (498 pixels per inch), a quad-core Qualcomm Snapdragon 805 processor, 3GB of RAM, 32GB of storage, a 13-megapixel rear-facing camera, a 2-megapixel front-facing camera, a 3,200mAh battery and Android L. Google will likely unveil the new Nexus 6 alongside the HTC-manufactured Nexus 9 tablet next month when it also officially releases Android L.