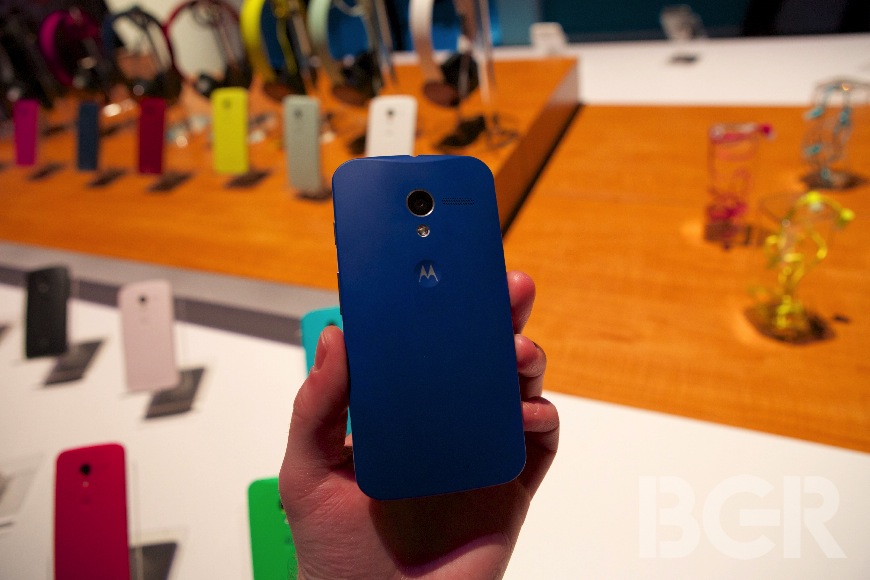 It’s safe to say that many Wall Street analysts weren’t blown away by Motorola’s new flagship smartphone. Barron’s has a good roundup of Street analysts’ reactions to the new device and finds that they are almost unanimously underwhelmed by what Google and Motorola showed off on Thursday. A team of analysts at Goldman Sachs who had been very high on the Moto X before its launch this week now say that the device is overpriced and that it won’t put immediate pressure on either Apple or Samsung.

“From a features perspective the Moto X was relatively in line with expectations, though the retail pricing of the device was less aggressive than we feared,” the analysts write. “Overall, we viewed the announcement as a near-term positive for Apple and Samsung Electronics. ”

Barclays analyst Anthony DiClemente, meanwhile, said that the Moto X was a definite improvement over the devices that Motorola launched last year but added that it’s not a device that will change the company’s fortunes.

“While Motorola appears to be improving its product suite, we do not see the Moto X as a game changer that will drive meaningful market share gains for Motorola,” he explains. “That said, we are constructive on the focus shown by Motorola on this product and believe the Moto X is indicative of an effort by the company to streamline its product focus, which we believe in turn can help improve Motorola’s operating margins.”

And finally, Jefferies analyst Peter Misek found that the Moto X’s pricing and specs completely confounded his expectations, which led him to view the device as potential good news for Apple.

“We had expected the Moto X to have high-end specs but be priced as a mid- range phone,” Misek says. “While the carrier support is stronger than we expected, overall we view the lack of price war escalation as a slight positive for Apple.”