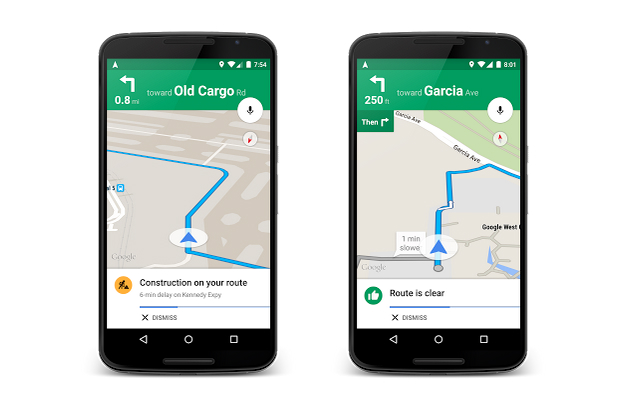 Google on Wednesday announced that its newest Google Maps update will offer users even better traffic alerts, just in time for the busy Memorial Day weekend.

The company said on its LatLong blog that the only thing that might slow you down this weekend is traffic, as Memorial Day is one of the busiest driving days of the year. But Google Maps can help you reach your destination with the fewest delays, Google says, and the updated traffic alerts will probably come in handy.

“Now when you input your destination, you’ll get an explanation of upcoming traffic conditions that helps you identify the quickest route,” Google wrote. “While you’re on the road, Google Maps will give you a heads up if congestion lies ahead, and how long you’ll be stuck in a jam. You’ll also get the option to take alternate routes, including explanations for why one is recommended – whether it’s the fastest or avoids an incident.”

A new Google Maps for Android update has been made available to users even before Google started it rolling it out – here’s how to get it.

In addition to announcing traffic alerts improvements, Google also listed some of the top Memorial Day weekend destinations for several cities, according to data gathered last year, creating special maps for San Francisco, Los Angeles, Chicago, Boston and New York City – see the one for New York City below, with all of them available at the source link.