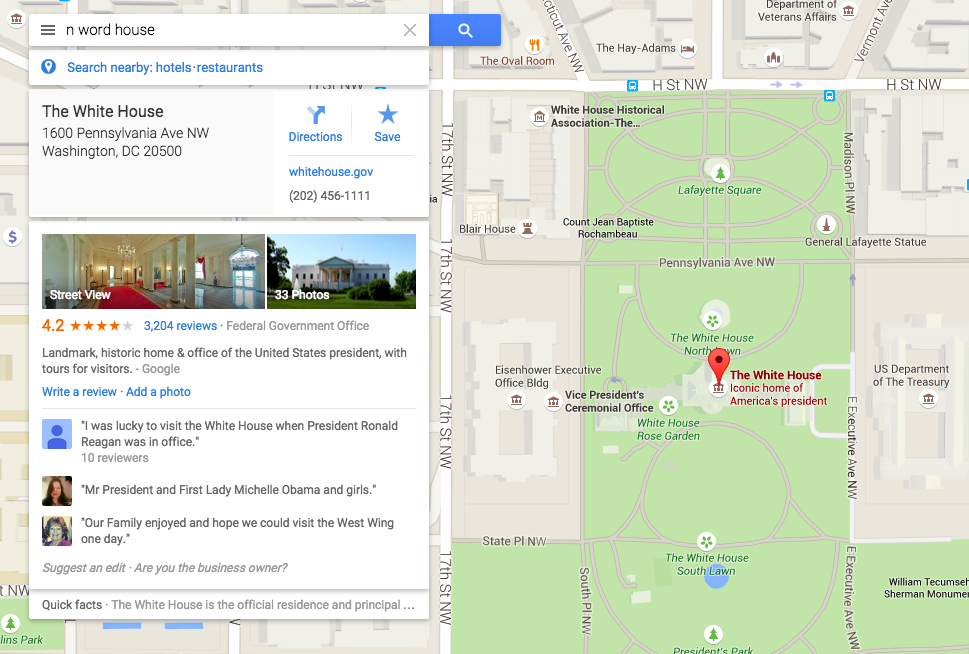 Google can’t win for losing. Just days after the search giant was forced to temporarily shut down its Map Maker tool in light of a rash of vandalism, The Washington Post discovered a far more disturbing trend. Specific search phrases on Google Maps containing the word “n****r” (yes, the heinous racial epithet) will redirect users to the White House, where president Barack Obama currently resides.

READ MORE: Latest Google Maps update for Android moves the mapping off of your phone

Other similar searches net the same results. For example, the phrase “n****r lover” will point Maps users in the direction of the Lincoln Memorial.

“Some inappropriate results are surfacing in Google Maps that should not be, and we apologize for any offense this may have caused,” a Google spokesperson told the publication. “Our teams are working to fix this issue quickly.”

Several hours after this statement was issued, the searches are still active. It’s becoming increasingly clear that Google’s safeguards for keeping Google Maps edits clean were far too lax prior to the company shutting down Map Maker last week. A urinating Android mascot is one thing, but for the system not to catch blatant racism is far more worrisome.